The consensus is, it’s about time. During Sunday night’s Emmys, Michaela Coel—actress, writer, and creator of the superb HBO show I May Destroy You—finally received some overdue awards-show appreciation for her masterpiece, a riveting and tenderly wrought series based on Coel’s own experience with sexual assault.

Wearing a stunning neon Christopher John Rogers gown, Coel ascended the steps to a standing ovation and delivered a short but powerful speech, addressed specifically to writers like herself.

“I just wrote a little something, for writers, really,” she said.

“Write the tale that scares you, that makes you feel uncertain, that isn’t comfortable. I dare you. In a world that entices us to browse through the lives of others to help us better determine how we feel about ourselves, and to in turn feel the need to be constantly visible, for visibility these days seems to somehow equate to success—do not be afraid to disappear. From it. From us. For a while. And see what comes to you in the silence.”

She concluded, “I dedicate this story to every single survivor of sexual assault. Thank you.”

In an interview with ELLE UK, the multi-hyphenate—who recently released a book, Misfits: A Personal Manifesto—detailed how she created the script for I May Destroy You. “I wrote, as I often do, from some sort of instinct,” she said, “and my first draft of it feels like a time I was still piecing things together, still not quite understanding the gravity of both my experiences in television and my assault. And as I redrafted and redrafted, things became clearer to me about my situation and the vulnerability of the whole thing.”

Coel is next expected to take on a role in Marvel’s Black Panther sequel, Black Panther: Wakanda Forever—and, if history has taught us anything, her performance will be nothing short of sparkling. 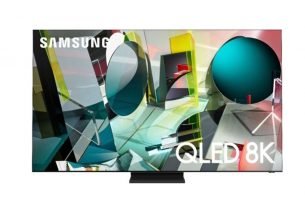 17 Big Home, Tech, and Kitchen Sales Worth Your Time This Holiday Weekend