In the unlikely event you haven’t already bookmarked the date on your calendar, scheduled a watch party, and pre-ordered take-out, there’s one quick step you’ll need to endure if you’d like to indulge in the furor that is Taylor Swift’s release of All Too Well, the short film.

After dropping Red (Taylor’s Version) to much aplomb at midnight on November 12, the pop-country superstar will follow up one act with another, this time a film starring actors Dylan O’Brien, Sadie Sink, and herself. Shot on 35mm film by cinematographer Rina Yang, the video was written and directed by Swift, and will likely tell a fictionalized version of her hit “All Too Well (Taylor’s Version),” a 10-minute ballad raging against one-time ex Jake Gyllenhaal.

The special feature will drop at 7 P.M. EST on YouTube, right here. You can set a reminder through YouTube to tune in this evening, joining the thousands of fans already waiting at the webpage and feverishly trading lyrics in the accompanying chat box.

The film release was celebrated during an official premiere event in New York City, for which Swift shimmered in a maroon velvet suit and Melinda Maria jewelry, snapping pictures alongside O’Brien and Sink. In an appearance on Late Night With Seth Meyers Thursday night, she said of the actors: “I’m just blown away by what they did in this short film…If Sadie had said no, I don’t think I would’ve made it. I don’t think I would’ve made the film. I think I would’ve just been like, ‘This is a sign.’ I do like working with friends or people who I think would be excited about working with me. I don’t really want to have to convince someone.”

She later added, “I’ve never made a short film before. I’ve directed some music videos, but I kind of needed to reach out to people who were like—who would maybe believe I’d be capable of it. And Sadie got it immediately.”

Which Burns More Calories? Running on a Treadmill or Outdoors? 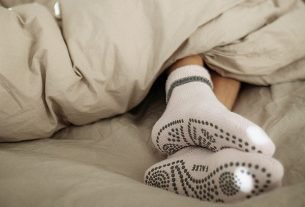