Oranges come and go, but being a Real Housewife is forever.

It’s hard to believe that 2006 was the special year pop culture fans were first introduced to the Real Housewives of Orange County. But thanks to the bravery and openness of Vicki Gunvalson, Jo De La Rosa, Jeana Keough, Lauri Peterson and Kimberly Bryant, a new reality TV franchise was born with no signs of slowing down.

Tonight, season 13 kicks off with both familiar and fresh faces—welcome Gina Kirschenheiter and Emily Simpson. And as you likely could have guessed, fans are excited for a season that includes reconciliations, surprises and plenty of drama.

In celebration of premiere night, we decided to check in with some of our favorite former cast members to see what they’ve been up to since leaving the show. As it turns out, much of the cast stays in touch even as cameras disappear.

“I think the first comment anyone says when they see me and they hug me thinking I was their friend is ‘Oh my gosh. I’m sorry. I feel like I know you. How’s Vicki? How’s Tamra? Do you still see the girls?’ Luckily I can say every few months, I catch up with somebody, somewhere,” Jeana shared with E! News ahead of tonight’s premiere. “We all still see each other and it’s kind of like a sorority. Once you’re in it, the fights get forgotten.”

In fact, many former cast members admit to still watching the show on occasion to keep up with their friends.

“[My friend] Emily is on the show this season and I think everyone is going to like her,” Lizzie Rovsek revealed to us. “I watch it from time to time and I’m definitely going to watch this season to be supportive of my friends.”

And while nothing can truly prepare you for reality TV, much of the cast looks back positivity on the show through its highs and lows. “Make sure you’re strong,” Peggy Tanous advised anyone joining the franchise. “Make sure your family is strong and they stay the most important thing.”

So what are you waiting for? Whoop it up and go behind the gates and inside the lives of some of our longtime favorites in the gallery below.

As one of the original members, Jeana is credited with helping make the show the hit it remains today. While she stepped away from her full-time spot after season five, the successful realtor delivered some exciting life updates with E! News. Shane recently got engaged to former Miss Nevada Brittany McGowan. Kara remains happily married to NFL vet Kyle Bosworth. And yes, their baby is on her way to turning three. As for Colton, he just got his real estate license and will be following in his mom’s footsteps at Coldwell Banker. As for Jeana, she’s been dating a special man named David in between selling houses. “Real estate is awesome,” she shared. “It’s my best year ever.”

In addition to releasing her fitness DVD, Peggy remains focused on pursing hosting, modeling and brand ambassador opportunities. She just celebrated her 13-year wedding anniversary with Micah and their two daughters will be in the upper grades in elementary school this coming school year. While Peggy says she gets “along with everyone” from the franchise, she hangs out with Lynne, Lori and Lydia McLaughlin the most. You can keep up with her on Instagram.

As the fashion designer’s Sunkitten Swimwear line continues to grow and revamp, the Orange County resident is savoring time with her two boys who continue to grow up in elementary school. Her son Preston was recently diagnosed with dyslexia and is enjoying a summer camp that helps to improve his reading skills. Lizzie remains friendly with many cast members including Peggy Sulahian, Peggy Tanous, Lydia McLaughlin, Kelly Dodd, Vicki Gunvalson, Gretchen Rossi and newbie Emily Simpson.

Away from the cameras, the former Bravo star has been working hard on her Lynne Curtin Designs. In fact, she hopes to expand into bikini and equestrian accessories soon. As for her two daughters, Lynne shared that Alexa has a boyfriend while Raquel is a mom. “She has a three and a half year old named Carter. He’s just so much fun. He looks like a mini Heath Ledger,” she told E! News. “He’s so full of energy. It’s been fun. Carter calls me Gia. I don’t want to be called a grandma.” And for those curious about Lynne’s relationship status, she is happily single. “I’m just happy with my life now. Life is good,” she told us.

Back in season three, Quinn made her debut on the Bravo series. Since leaving the show, the OC housewife moved to Northern California to be close to her daughter and her four grandchildren. “I bought this fabulous piece of land and have been working hard making this a home…but the seclusion is getting to me,” Quinn admitted to E! News. “I wouldn’t change the time I spent on Bravo for the world. It was fun, stressful, exciting and filled with lots of drama. How many can say they were ever on a reality show let alone one that started the whole Housewives craze?”

Happily engaged to Slade Smiley, this Bravo alumna is focused on starting a family with her main man through IVF. “I know how much her and Slade want a baby and I send them so many blessings and prayers,” close friend Lizzie shared with E! News. She also continues expanding her Gretchen Christine line that includes beauty, luggage, handbags and more.

One of the OC’s original cast members married her real-life prince charming George on camera. After all these years later, several cast members say their bond couldn’t be stronger. “Laurie is so happy,” Lizzie shared with E! News. Jeana added, “They’re just great.” Daughter Ashley Zarlin is a model and founder of Cheeky Minx. And while Josh Waring is in legal trouble, Lauri has adopted his daughter and assures fans he has been falsely accused.

After appearing on season two and three, Tammy chose to keep a low-profile in and around Orange County. According to social media, it appears daughter Lindsay is in a relationship while Megan is engaged, a mom and still loves pit bulls. As for Tammy, she is single and still in touch with cast members including Jeana.

Since leaving the show, Alexis has been focused on her family and businesses including her various Sky Zone trampoline parks. Earlier this summer, however, news broke that Jim filed for divorce and requested spousal support from the OC housewife. “It’s important to us that you know we made this choice together, with love, and as the best decision for our children’s future,” the couple said in a statement to Us. “We hold one another in the highest regards as spouses, and especially as parents.”

Even though she hasn’t been active on social media since January 2017, one of the show’s original members remains beloved by fans. In fact, some at Bravo wish she would have continued with the show even after her split from Slade Smiley. “She was so young on the show,” Senior Vice President of Current Production, Kathleen French, explained on The Daily Dish podcast. “I wish we had a few more years with her so we [could see] her grow into the person that she probably is now.”

And when we caught up with Jo at the season 10 premiere, she had fond memories of the show. “I miss the girls. I miss the chaos. When I get to come and see them, it’s always just like picking up where we left off,” she explained. “It’s always a part of me.”

After season one concluded in 2006, the original cast member moved her family to the Midwest in part to get away from the glaring rays of the Southern California sun. She is not active on social media and did not attend the 10-Year celebration in 2016.

And while we certainly care about each cast member, we’re only looking at people who exited the show before the start of season 10. Trust us, we miss you Heather Dubrow, Peggy Sulahian, Meghan King Edmonds and Lydia McLaughlin.

The Real Housewives of Orange County airs Monday nights at 9 p.m. only on Bravo. And watch E! News tonight as we catch up with Jeana, Peggy T and Lizzie from beautiful Orange County.

(E! and Bravo are part of the NBCUniversal family) 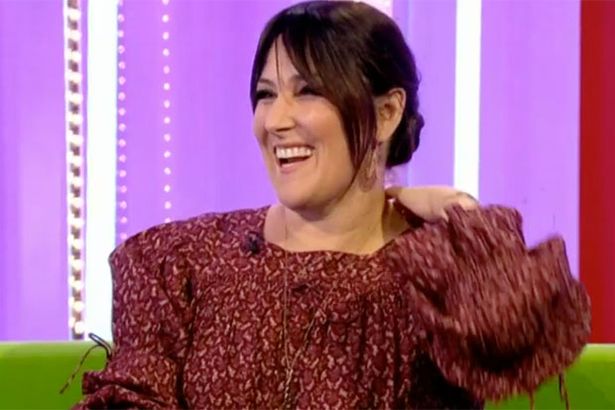 TV Scoop Awards 2019: Vote for the Best Comedy and Drama