“A dated metaphor for racism in the Sixties.”

After mercilessly spoofing Hugh Jackman’s Wolverine in his origins movie, Marvel’s black sheep has finally agreed to join the flock.

Needless to say, for this very unusual superhero great power comes with a complete lack of responsibility.

The follow-up to the shock box office hit of 2016 is another riot of in-jokes, foul language and “fourth-wall” shattering asides to camera.

This time, the mouthy mercenary’s targets include Disney songwriters, Beyonce’s marriage and cynical comic-book franchises, including the one his producers are trying create with this first of four planned sequels.

Amongst all the mayhem, we get the semblance of a plot. And in grand comic book movie tradition, it’s one we’ve all seen before.

Josh Brolin’s time-travelling, robotic-armed super-soldier Cable arrives from a post apocalyptic future to assassinate a 14-year-old mutant called Russell (Hunt For The Wilderpeople star Julian Dennison) before he can grow into the fire-spewing psychopath who killed his wife and child.

As our hero reliably points out, this makes Cable Schwarzenegger’s Terminator with a tragic backstory and few less circuit boards.

“You’re an annoying clown, dressed as a sex doll,” Brolin fires back, pithily nailing Deadpool’s role as the court jester in a genre that may beginning to talk itself a little too seriously.

As Deadpool ends up as the kid’s cellmate (he doesn’t stay on side of the good guys for long) and his avowed protector, this means they will have to trade blows as well as bitchy asides.

Deadpool may be a trained assassin with super regenerative powers, but he is no match for Cable’s array of hi-tech weaponry.

After an attempt to establish the “X-Force” – a rival, gender-neutral, team of mutants –  comes crashing down to earth, he teams up with Domino (Zazie Beetz), whose abilities include a superhuman tolerance for childish jokes and a constant stream of good luck.

They aren’t the most cinematic of superpowers, but director David Leith puts them to great use in a slick action scene where things keep coming up rosy as they battle Cable on the back of a lorry.

What also impresses is the way the film manages to seamlessly switch between action, humour and heart.

Comedy sequels have a very appalling track record, but this well-balanced formula ensures that there is no discernable drop in quality from the original. Deadpool 2 is a genuine marvel. 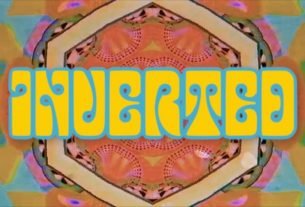