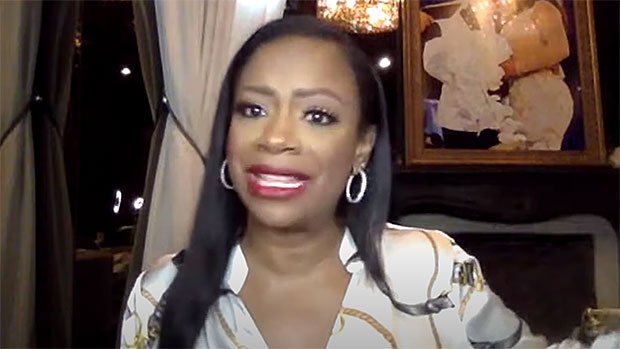 Kandi Burruss revealed that it was an ’emotional’ experience to teach her young son, Ace, that cops can be ‘the bad guys’ in the wake of the Black Lives Matter movement.

Imagine learning that the “good guys” can be the “bad guys.” This was the heartbreaking conversation that Kandi Burruss and her husband Todd Tucker were forced to have with their academically gifted son Ace, 4, which Kandi revealed during the June 10 episode of Watch What Happens Live with Andy Cohen. Host Andy Cohen had asked The Real Housewives of Atlanta star how her children have reacted to the Black Lives Matter movement, which has been protesting police brutality. Kandi sadly revealed that her young son had actually been “a police man on career day.”

Todd “was trying to explain to [Ace], you know, what was going on, why every body was so upset, and what was happening with the police,” Kandi told Andy. “Ace was confused. He was like, ‘So, the police are the bad guys?’”

At this point, Kandi was brought to tears as she continued, “Now isn’t that crazy to have to explain that to a four-year-old. For you to be Black and have to worry about the police being the bad guys…that’s an emotional thing for me.” Kandi then addressed Andy, who also looked close to tears. “And Andy, I know you care about us, but you don’t have to think about that [police brutality],” Kandi sadly said. “That’s something we have to think about, for our sons.” Kandi also shares a younger son with Todd, Blaze, who’s six months old.

Kandi revealed that her daughter Riley Burruss, 17, has also reacted to the recent protests with strong emotions. “She was like, ‘Okay, I am unfollowing every single friend or person that is non-Black who is not speaking up about this, who’s not showing they’re an ally with our community,” Kandi revealed. Her daughter, who just celebrated her high school graduation,  followed through on her word!

Although Black Lives Matter is a movement that formed in 2013, it was given a resurgence of attention after a video of George Floyd’s death rocked and angered the world. George was an unarmed Black man who died under police custody, after Minneapolis officer Derek Chauvin pressed his knee against the father’s neck despite George repeatedly saying he couldn’t breathe. George’s senseless death has sparked nationwide conversations about systematic racism and police violence, and multiple stars like Lizzo and Natalie Portman have come forward to publicly call for the defunding of police.

Deontay Wilder Responds To Tyson Fury, Remember When I KO’d You?!