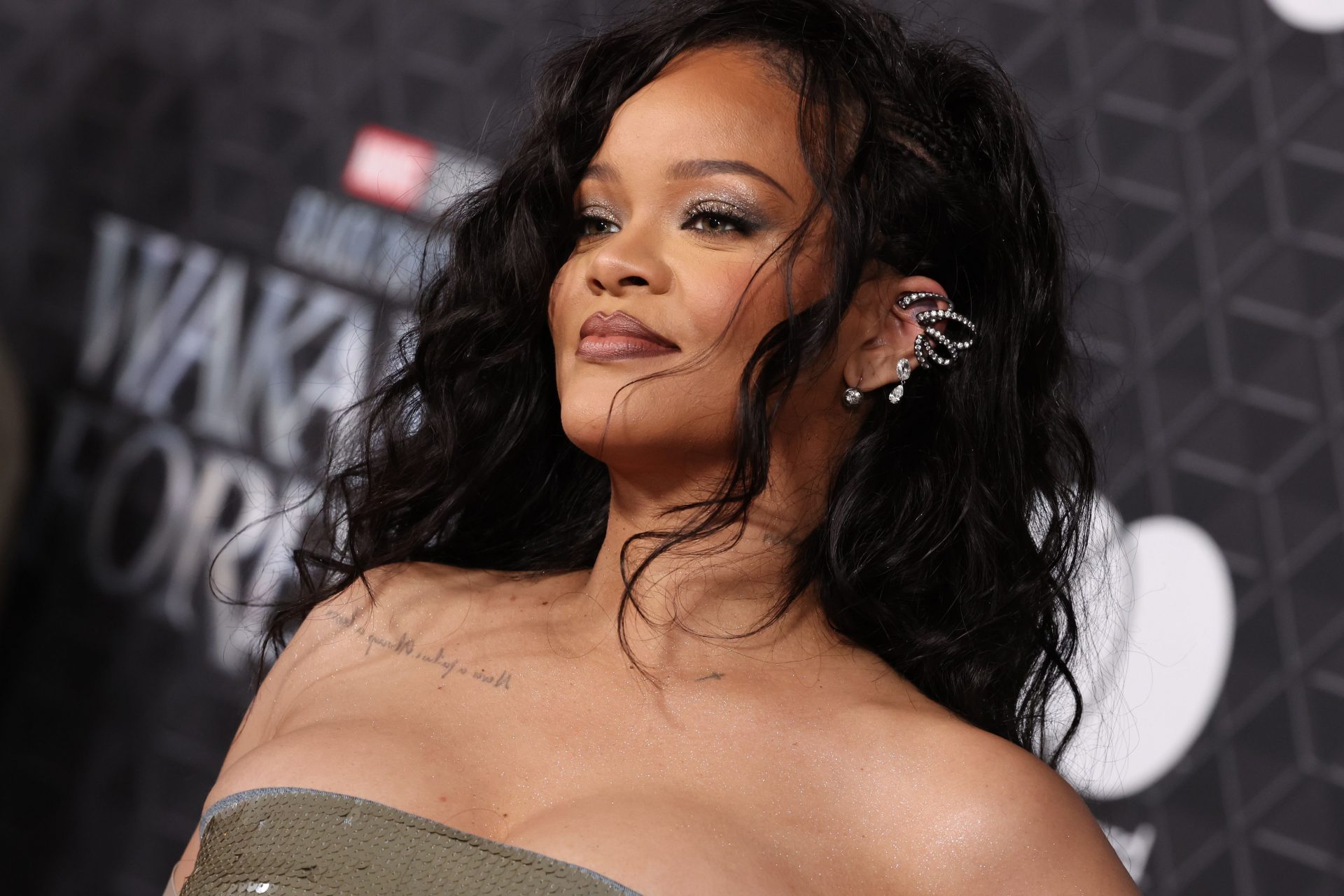 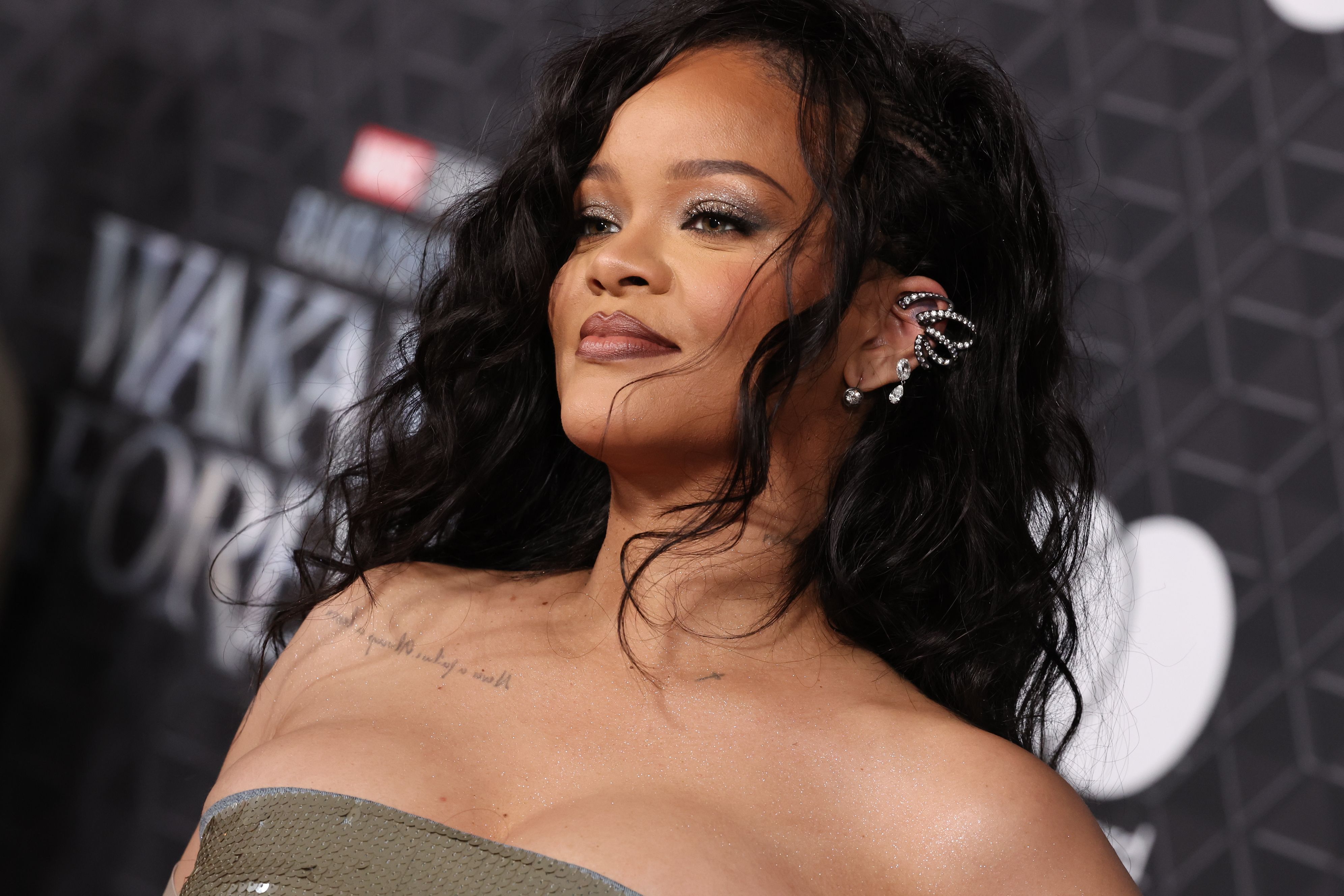 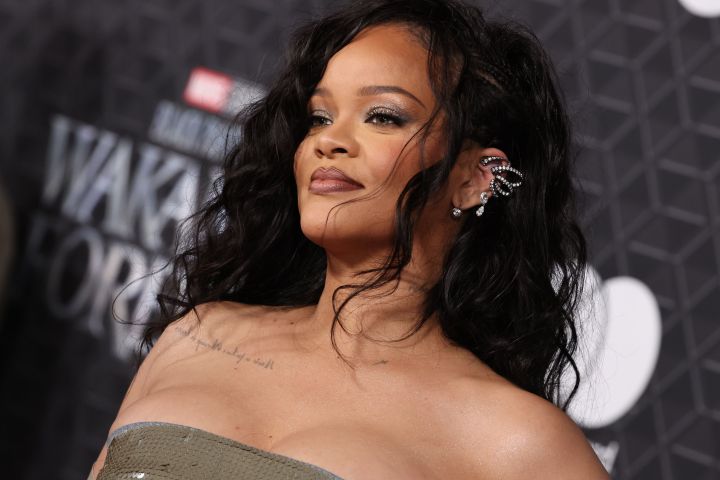 “Black Panther” fans will want to grab a tissue for this release. On Friday, Rihanna dropped “Lift Me Up”, her first single in six years and the leading track for the upcoming “Black Panther: Wakanda Forever” original soundtrack.

“Lift me up / hold me down / keep me close, safe and sound,” the singer croons in the emotional ballad written as a tribute to the life and legacy of Chadwick Boseman.

The video music for the track features clips from the upcoming Marvel film, as well as footage of the singer melancholy on a beach at sunset.

“Drowning in an endless sea/ Take some time and stay with me/ Keep me in the strength of your arms,” Rihanna sings. “Keep me safe/ Safe and sound.”

The single was penned by Tems, Oscar winner Ludwig Göransson, Rihanna and director Ryan Coogler, and has global influences attached to it. It’s a beautiful eulogy to Boseman, who played King T’Challa, a.k.a Black Panther, and died at the age of 43 after a four-year battle with colon cancer.

At the “Wakanda Forever” premiere on Wednesday, Coogler shared with ET that Göransson drew on his own travels to not only record the track in five different countries but bring a worldwide feel to the song.

“After speaking with Ryan and hearing his direction for the film and the song, I wanted to write something that portrays a warm embrace from all the people that I’ve lost in my life. I tried to imagine what it would feel like if I could sing to them now and express how much I miss them,” Tems said in a statement. “Rihanna has been an inspiration to me so hearing her convey this song is a great honour.”

“I’ll say this, I didn’t get [Rihanna] to do anything. I don’t think anybody can get her to do anything, she’s a person who marches to the beat of her own drum,” the director said about having the new mom jump onto the soundtrack. “I’m just thankful that she wanted to contribute to this, and I’ll be forever grateful and not just to her, but all the other fantastic musicians that are on the soundtrack.”

Rihanna has two singles on the film’s soundtrack, the second of which is titled “Born Again”.

RELATED — ‘Black Panther: Wakanda Forever’: Everything We Know About the Sequel

“Wakanda Forever” gives fans their first look at how the nation has operated in the direct aftermath of the universe’s five-year “blip” and how Wakanda grapples with the loss of its King. T’Challa’s death also leaves Wakanda without its Black Panther, leaving Wakanda seemingly vulnerable in the eyes of the rest of the world.

Coogler and the cast — which includes returning stars Angela Bassett, Lupita Nyong’o, Letitia Wright, Winston Duke, Danai Gurira and Florence Kasumba — have been open about how the film pays tribute to Boseman after his death and reflects the real-life journey of healing that the actors went through during production.

“We loved him. We know that you love him, and we will honour that. We honour it for the fans, as well for ourselves,” Bassett, who plays Boseman and Wright’s mother in the film, told ET at the film’s premiere. “It was very important that we recognized him. We couldn’t do it without him.”

“So, before we shot one frame, we all gathered together at his resting place, and we…,” she continued, motioning upwards, “his name to the heavens, and we smiled, and we were with his family, and it was a beautiful experience. Because it’s too painful otherwise, but when we lean into the love we have for him, the respect, the regard, and as a feeling people, as a people who know that death is not the end — we know that he was on that set with us every day, whispering, ‘Go on. Do your best. Be excellent. Don’t get weary.’”

When it comes to how both T’Challa and Boseman were honoured in the film, Wright, who plays Shuri, said a lot of the credit goes to Coogler and the script he penned for the “Black Panther” franchise’s second instalment.

“We’re extremely proud of how Ryan has brought a script that could honour Chad, that could honour T’Challa,” Wright said. “I’m so proud of the way us as a family, the Wakandan family that you know and love, has come together to bring you a second instalment, and yet, it’s really hard to do this without our brother — he should be here.”

“But, as he’s looking down on us,” she added, “We’re hoping that this film just makes him proud, and we’re hoping that you guys are proud of us for what we’ve brought to you.” 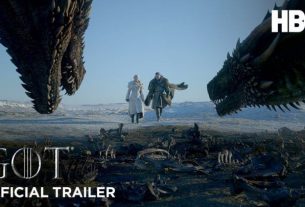 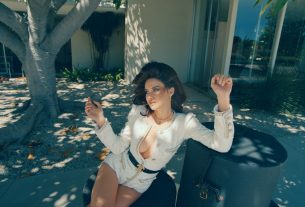 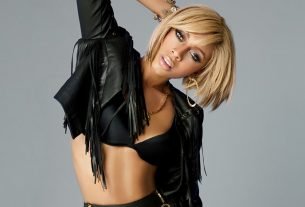