Remember when Rihanna broke the internet with her CFDA Awards outfit?

It was 2014, and the pop star appeared at the award ceremony to accept the Fashion Icon Award from the Council of Fashion Designers of America. To accept such a high-regarded honor, the Barbados-born star created a look that would demonstrate her reign of risk-taking fashion.

Her known fearlessness and new accolade resulted in a sheer Adam Selman dress with Swarovski crystals that quite literally made her shine on the carpet. With a matching hair scarf and gloves and a pink fur scarf, the look was jaw-dropping. It channeled the glamour of her Hollywood success, yet its sheer fabric, which makes her breasts visible, revealed the boundary-breaking style required of an icon.

Two years after she wore the history-making look, the Wild Thoughts singer revealed she did have one regret: her under garments.

“I just liked it better without the lines underneath,” she told Vogue, explaining why she opted out of a bra. “Could you imagine the CFDA dress with a bra? I would slice my throat. I already wanted to, for wearing a thong that wasn’t bedazzled. That’s the only regret I have in my life.”

Rihanna wore a flesh-toned thong that was slightly lighter than her skin tone, very similar to what many wear on the red carpet. However, instead of trying to mimic her skin, the star feels that layering crystals would have been more impactful.

It’s hard to imagine what would’ve been more impactful than her look, but perhaps she’ll show us at tomorrow’s CFDA Awards. 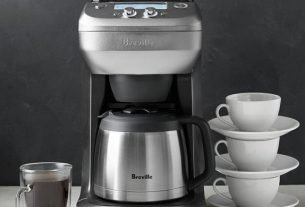 8 Best Coffee Makers 2020: For Mornings When You Just Can’t Even