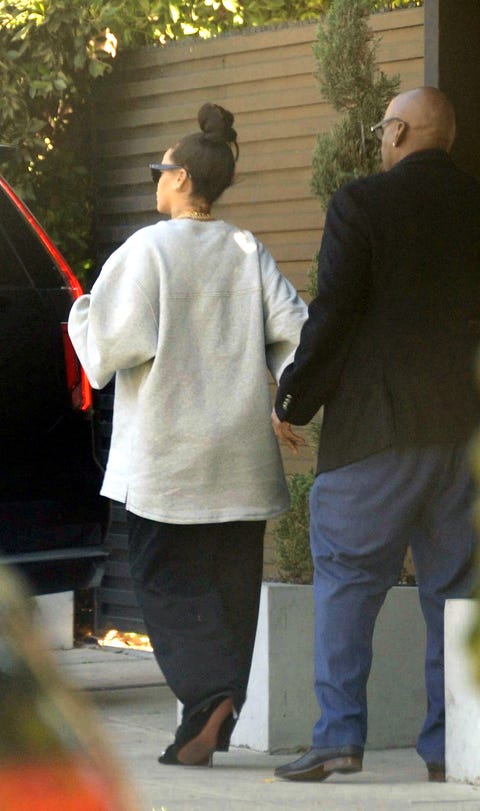 Rihanna is a few days into parenthood, and though no signs of “pyscho mom” have yet to emerge, she would like to make it clear her lauded maternity style isn’t going anywhere—even if her bump is no longer.

Spotted in West Hollywood on Thursday—her first appearance in the tabloids since giving birth, reportedly a week ago—the 34-year-old singer wore an oversized grey shirt and black pants, paired with sunglasses, glinting stud earrings, multiple gold chain necklaces, and her hair in a loose topknot. Although she was sans boyfriend and baby during the walk, reports say she, partner A$AP Rocky, and their son are healthy and happy.

A source close to the couple told People, “Rihanna is doing well. They are very excited to be parents. Rihanna is already a wonderful mom,” the source said. We wouldn’t expect anything less from the superstar who once told ELLE, “I feel like that’s the type of mom I’m going to be. Psycho about it.”

As for Rocky, he seems to have no concerns about his penchant for parenthood. “I think I’d be an incredible, remarkably, overall amazing dad,” he told GQ in a cover interview released May 19. “I would have a very fly child. Very.” It certainly helps that he’s convinced the mother of the aforementioned fly child is “the One.” “She amounts to probably, like, a million of the other [girlfriends],” Rocky told GQ. “I think when you know, you know. She’s the One.” 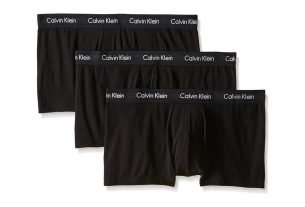 For Russell Westbrook, the Met Gala Red Carpet Is Way More Intense Than the Pregame Tunnel 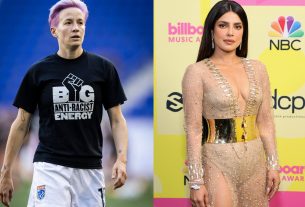