Less than a day after dropping her single “Lift Me Up,” her latest song in years, Rihanna is treating us to a music video too. In the visuals, directed by Autumn Durald Arkapaw, she sings the uplifting ballad on a beach at sunset as a bonfire burns beside her. Clothing-wise, she’s layered up in laid-back yet sultry neutrals: a silk bustier dress with a puffer jacket draped on top, accented by a necklace and massive silver ring. To finish the look, she wears frosty eyeshadow—a fitting match to the snow falling around her—and beachy waves that complement the sandy setting.

Like the song itself, the “Lift Me Up” video is simple but lovely; Rihanna never leaves the beach, but scenes from Black Panther: Wakanda Forever—which features the song on its soundtrack—appear throughout the visuals. The track is pared back but powerful, and it’s a clear tribute to the late Chadwick Boseman, with heartfelt lyrics like, “Keep me in the warmth of your love when you depart / Keep me safe / Safe and sound.”

Rihanna wrote the song with Tems and Black Panther’s composer Ludwig Göransson and director Ryan Coogler. Tems said of the process in an earlier statement, “After speaking with Ryan and hearing his direction for the film and the song, I wanted to write something that portrays a warm embrace from all the people that I’ve lost in my life. I tried to imagine what it would feel like if I could sing to them now and express how much I miss them. Rihanna has been an inspiration to me, so hearing her convey this song is a great honor.”

Believe it or not, Rihanna may have more music coming. In addition to “Lift Me Up,” Wakanda Forever reportedly includes a track from the superstar called “Born Again” that appears in the end credits. We hope that one comes with a new video, too. 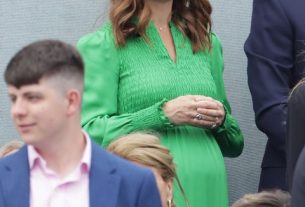 Pippa Middleton Has Given Birth to Her Third Child 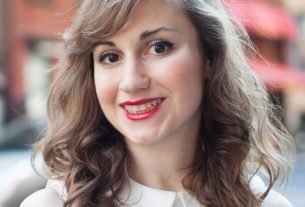 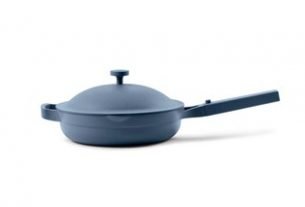