The 27-year-old joined a host of stars at Wembley Arena last night to perform at the BBC Children In Need Rocks concert.

Never one to fade into the background, Rita Ora, 27, commanded attention as she stepped out on stage in a jaw-dropping white, sheer-panelled gown.

Making sure all eyes were on her, the songstress flashed her toned legs in the feathered outfit, which featured a thigh-high slit.

With her peroxide blonde locks styled poker-straight, Rita made a beauty statement with false lashes and deep red lipstick.

Flashing her black and white tattoo in front of the 12,000-strong crowd, the musician was more than ready for business.

Daily Star Online was front and centre for the event, which celebrated singers of the past and present.

Rita paid homage to late icon George Michael, who passed away aged 53 on Christmas Day in 2016.

Addressing the live audience, the musician revealed she would be singing the star’s 1996 hit Freedom.

And Rita wasn’t alone for the poignant moment, she was joined by a large gospel choir.

“Thank you, Rod Stewart, for existing”

The stage lights went into overdrive as the word “Freedom” appeared in colourful letters on the set’s backdrop.

Putting her own unique spin on the classic, Rita hit a white tambourine as she encouraged the audience to sing along with her.

The former X Factor judge also performed her own smash hit, Let You Love Me — the first track from her hotly-anticipated second album Phoenix, set for release later this month.

For this sultry number, Rita invited a host of male dancers to surround her as she belted out the lyrics.

BOW DOWN: The dancers gathered at Rita’s feet towards the end of her performance (Pic: Daily Star Online)

At one point, the men dropped to the floor, landing at the singer’s feet.

Once backstage, Rita excitedly shared a snap of herself posing alongside fellow performer Sir Rod Stewart, 73.

After reminiscing over the fact Rod’s former band Faces had a hit song titled Stay With Me, which spoke about a woman called “Rita”, the singer wrote: “Thank you, Rod, for existing.”

In response, one fan marvelled: “Why are you so beautiful?”

While another said of Rita’s new pal: “What a legend he is,” followed by a raised hands symbol.

Children In Need Rocks is on BBC One at 8.30pm on Thursday, November 15. 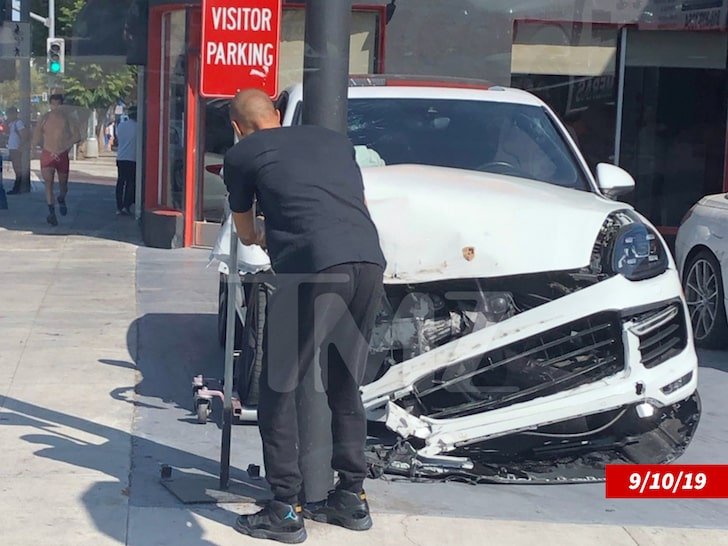 Jeremy Meeks Sued for Wrecking 2 Rental Cars in One Week