The Let You Love Me singer is gearing up for the release for her second studio album Phoenix.

As she steps up her promo game in light of her new music, Rita Ora shed every inch of clothing for a nude cover photoshoot with Clash magazine.

And while the front cover was undoubtedly eye-catching, the 27-year-old continued to amp up the sex factor in a bevy of other snaps.

Putting her toned body front and centre, the blonde donned a skintight black, cropped jumper, which exposed her carved abs.

Retiring her trousers, she opted to wear a teeny string thong.

With her muscular thighs taking pride of place, Rita completed her look with combat boots and socks.

Sporting wet-look tresses for the black and white shot, Ora made sure to leave a lasting impression.

Thanks to the teeny nature of the singer’s underwear, her knicker-line tattoos were on display.

Rita proudly showed off the quote “All’s fair in love and war”, while also unveiling her star tattoo.

RITA ORA BARES ALL: The Phoenix singer stripped down to a string thong for Clash magazine (Pic: MattEaston/ClashMagazine)

BLONDE AMBITION: The starlet flaunted her modelling prowess as she posed up a storm (Pic: MattEaston/ClashMagazine)

SIZZLING: The 27-year-old appeared to be only too aware of her bombshell status in the snaps (Pic: MattEaston/ClashMagazine)

“It was so liberating to be myself and to be free”

Adding height to her stature, she rocked sky-high black heels, which could have caused serious injury, had she put a foot wrong.

Switching up her look once more, Rita teased her nude ambition, wearing nothing but a shaggy blue and white shawl and thigh-high boots.

Protecting her modesty with one arm, the blonde bombshell offered a smouldering glare to the camera.

Lastly, Rita put her own unique spin on the art of glam attire, wearing a halterneck satin-sheer dress, paired with just one long glove.

Posing with one leg raised in the air, Ora balanced on a pair of towering red heels as she flaunted her toned lower body.

Taking to Instagram, Rita shared her nude front cover with her 13.9 million followers.

Detailing the moment, she wrote: “My Clash magazine cover is here. The rise of the Phoenix… Made me feel so comfortable to be myself and feel free, it was so liberating.”

In response, a fan marvelled: “You are beyond gorgeous.”

But in scenes set to air on ITV on Saturday night, host Jonathan, 57, switched the topic to the singer’s romantic life.

IT’S ALL OVER: Rita is single, having split from her boyfriend of 13 months Andrew Watt (Pic: Getty)

Making reference to the fact First Dates’ maître d Fred Sirieix, 46, was on the show, he said: “You’re single at the moment.

“Fred from First Dates here is known for fixing people up on dates. Fred, you must have a nice young guy we can set Rita up with?”

Rita was last pictured with her ex-boyfriend, US musician Andrew Watt, 27, over the summer, as they enjoyed a number of holidays together.

The pair dated for thirteen months, but stayed largely out of the spotlight during their relationship. 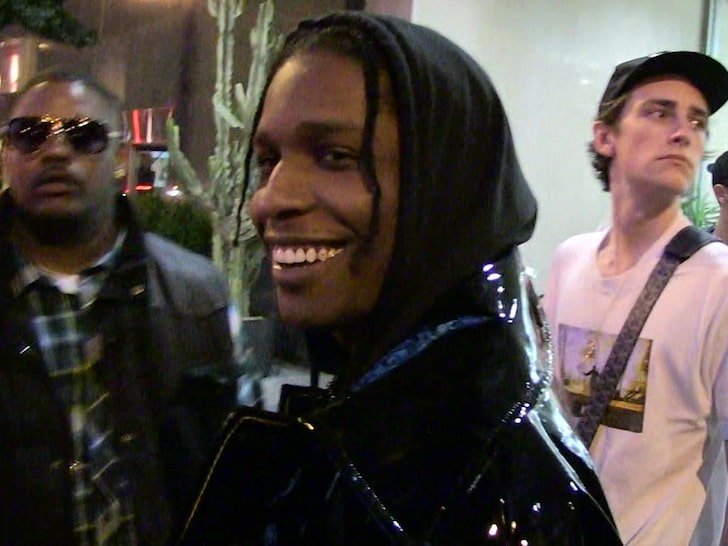