The British beauty, who has been nominated for two BRIT Awards at next months ceremony, took to her official Instagram account to share two Boomerang clips from a recent photoshoot.

Turning up the heat even more, the Fifty Shades of Grey babe provocatively bent double in front of the camera.

Pushing out her toned booty, Rita showed off the results of her gruelling gym routine.

Ignoring her racy position, the Anywhere hit-maker captioned the post: “I can’t wait to celebrate with @giuseppezanotti next week in LA!

“On our collection and all the amazing shoot we did. Here’s so behind the scenes for you.[sic]”

Gushing over the shot on fan wrote: “I like your first position.”

“Imagine being behind her,” a second added.

Meanwhile, a third continued: “That position has my mind in overdrive.”

A fourth crudely replied: “Wow Rita. The things I would do.”

The record was finially released last year after countless delays.

As well as sueing her former record label Roc Nation, Rita was also forced to scrap a large proportion of the album after a messy split from Calvin Harris who had produced the tracks. 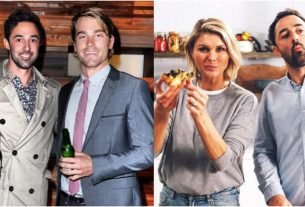 R. Kelly’s Ex-Wife Has No Problems With His $22k Club Appearance