Robert De Niro‘s over coming up with clever ways to insult President Trump — he’s now sticking with “F*** Trump,” which he just blurted out at the Tony Awards … twice.

Bob was introducing Bruce Springsteen ahead of his Tony performance Sunday night, and before he could utter a word of grace … he dropped the big F-bomb on DT.

(Shoutout Australia for not censoring curse words on television)pic.twitter.com/pTla4xXeVM

De Niro didn’t waste any time with his message either, going right into … “I just want to say one thing — F*** Trump.” He got a huge standing ovation from the room, and continued with … “It’s no longer down with Trump. It’s f*** Trump.” Even more cheers erupted.

CBS ended up bleeping huge sections of his remarks in an attempt to censor the profanity — and that left many wondering exactly what De Niro had said.

Welp … there you have it. Raw and uncut. 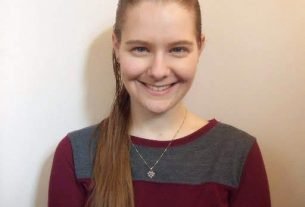