Robert Pattinson and Suki Waterhouse have managed to keep the majority of their three-year romance private, but a source gave E! a brief update today about how The Batman star is faring with his actress girlfriend.

All is well and great, actually: “They are very solid in their relationship,” the source said. The insider added that during the two’s rare public appearances together, they’re “always just totally joined at the hip. You can tell he’s completely in love with her.”

Waterhouse and Pattinson first started dating in 2018. A source spoke to E! about whether they’d get engaged a year ago, in October 2020. “Rob and Suki have definitely discussed getting engaged but are in no rush,” the source said. “Suki is not pressuring him and they are both very committed to each other.”

Neither Pattinson nor Waterhouse have ever spoken about their romance in interviews.

Pattinson did, however, speak to the Sunday Times in April 2019 about why he doesn’t talk about his love life publicly.

“If you let people in, it devalues what love is,” he said. “If a stranger on the street asked you about your relationship, you’d think it extremely rude. If you put up a wall it ends up better. I can’t understand how someone can walk down the street holding hands, and it’s the same as when I do it and a hundred people are taking your photo. The line between when you’re performing and when you’re not will eventually get washed away and you’ll go completely mad.” 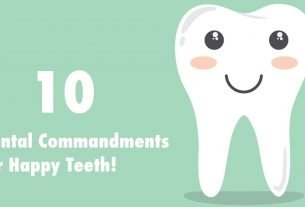 Visiting A Dentist Frequently Will Keep Your Teeth And Gum Healthy