Last summer, Roxanne Pallett became the self-confessed “most hated person” in the country after accusing Ryan Thomas of punching her on Celebrity Big Brother.

She had exaggerated a playful action from Ryan, which spiralled out of control and saw him break down in the CBB house.

Afterwards, Roxanne’s former co-stars came out of the woodwork and accused her of similar behaviour years before.

She lost jobs and vanished from the public eye, though still appeared on TV in pre-filmed shows.

Last week, Roxanne reappeared after five months in hiding, and has now broken her silence following the punching scandal.

Shockingly, the 36-year-old admitted: “I sent a message to my mum, my auntie and my two friends. I was saying sorry and goodbye.”

Since then, she has been diagnosed with post-traumatic stress disorder and received treatment in Scotland.

Surprisingly, one of her most vocal supporters has been Piers Morgan, who has urged the public to get over the scandal.

Speaking to The Sun Online, Roxanne revealed: “Piers Morgan has been a saviour. He has been a rock to me. He’s been through a lot himself so I think he recognised the affect the hatred had on me.

“His compassion and support has kept me from going under. He’s not been soft on me – he’s told me some home truths – but he’s been in touch with me weekly from the minute it happened, he’s encouraged me to stay strong.”

Roxanne said that, through therapy, she realised that her downward spiral began in her teens.

Her grandmother died, she lost everything in a house fire and was left “pretty much homeless” and sofa-surfing.

She accepts that she blew the Ryan situation out of proportion because that’s “all [she’s] ever known, for things to be bad”.

It was recently revealed that her fiancé Lee Walton had dumped her, but she confessed it happened months ago.

And her self-imposed exile came due to her not wanting to insult Ryan by “jumping into a project”.

Though it sounds like Roxanne hasn’t necessarily stepped out of the spotlight, as she added: “I’m taking one day at a time now and making better choices.” 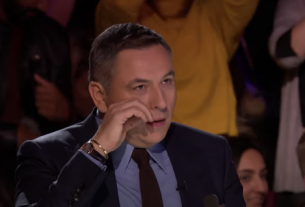