While Roxanne Pallett ditched TV after the scandal with Ryan Thomas on Celebrity Big Brother, she’s about to hit the screens again.

After being dropped from a number of roles and taking time out of showbiz, her defiant return is likely to stir up some trouble for the Emmerdale actress.

Teaming up with her former Waterloo Road co-star George Sampson, Roxanne joined him for a popular reality show.

The pair are taking part in Celebrity Coach Trip, though they don’t join the cast until next Wednesday.

Roxanne’s time on the coach was filmed before entering the CBB house, where she accused Ryan Thomas of punching her.

When fans watched back the alleged attack, it was clear that it was playful and was blown completely out of proportion by Roxanne.

As a result, she was urged to leave the house by fans waiting outside for the live eviction and soon left on her own terms.

While she made a number of public apologies, she’s since disappeared and hasn’t hinted at a return to showbiz just yet.

RETURN: Roxanne is going to be returning to TV with George (Pic: CHANNEL 4)

Although she was reported to be looking for a normal job n a bid to avoid the defiant return, her reps have slammed the claims.

Roxanne took herself out of the limelight after titling herself “the most hated girl in Britain”, and she hasn’t returned since.

Talking about her future with Emma Willis at the time, she said: “I am scared about the future…

COMEBACK: There’s no telling when Roxanne will work on something new (Pic: GETTY)

“I needed to come and tell everyone that I got it wrong. I’m human. I made a massive, massive, horrible mistake.”

Despite ditching TV for a while, Roxanne’s part in the series will still be aired as she returns to the screens. 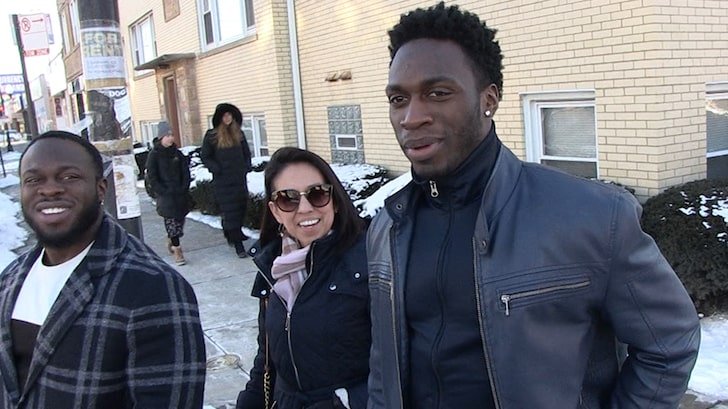 Osundairo Brothers ‘Praying for Jussie’ to ‘Finally Tell the Truth’