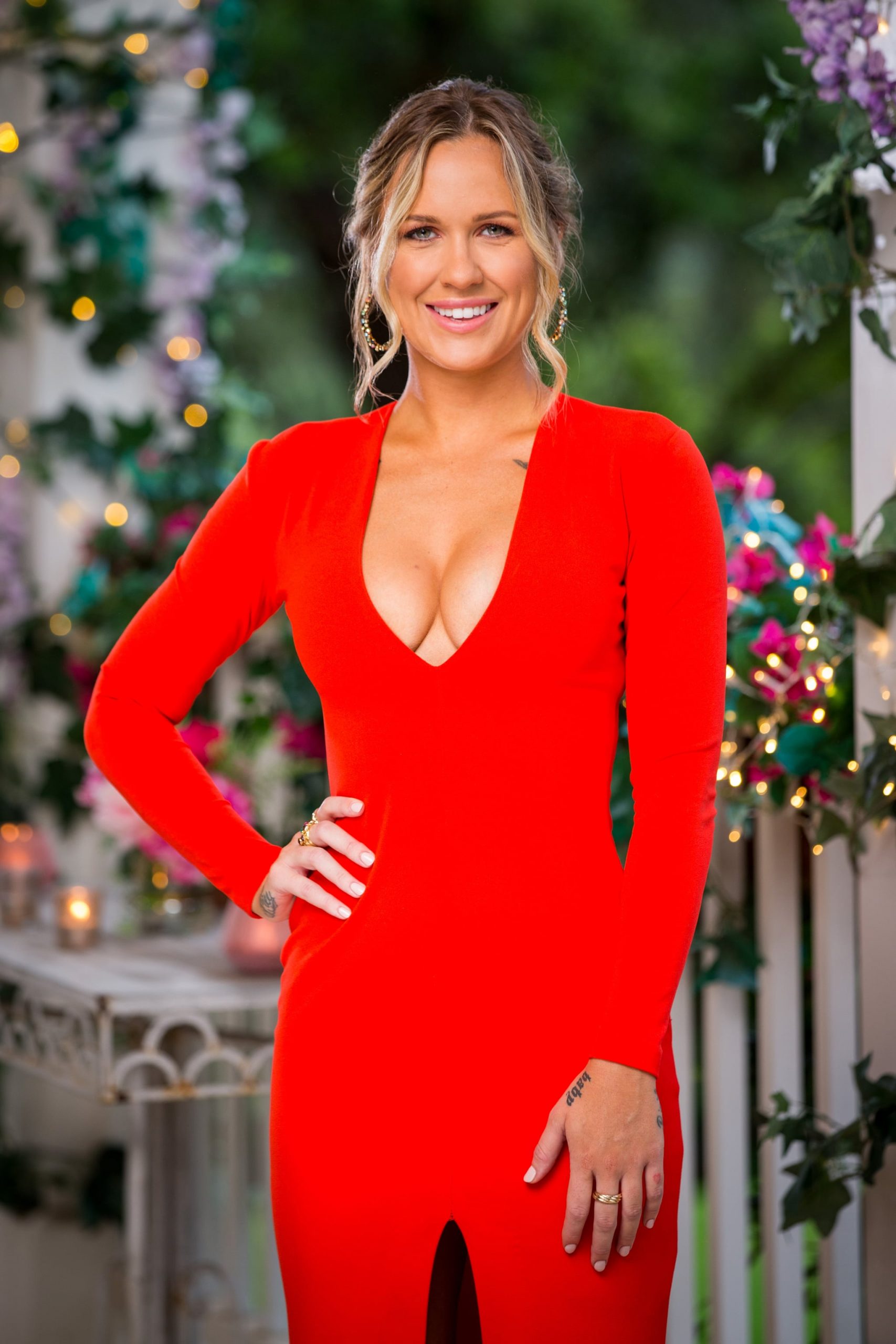 Roxi is apparently going to choose to leave The Bachelor upon her return to the mansion after “Love in Lockdown”, following a fight with Juliette.

According to a source for the Daily Mail, Roxi and Juliette’s fight was “full-on”: “As soon as the girls reunited, Roxi and Juliette started arguing.” Producers were apparently “blindsided” by the disagreement and had to “jump in”.

On last week’s episode of So Dramatic!, host Megan Pustetto also spoke about Roxi leaving the show because of Juliette. “Roxi quits the show and walks out the very first night after COVID returns, at the cocktail party, because of something Juliette said to her,” Megan said.

This week, Megan elaborated on the situation. Apparently Juliette eavesdropped on Roxi’s meeting with a doctor ahead of their return to the mansion, “which she then used against Roxi”.

“During the cocktail party, the first one back, Locky said he was going to kick Juliette out but then he didn’t,” Megan said. When filming finished for the night, Roxi was upset because she felt that Locky had lied to her about what he was going to do, and withdrew to her bedroom.

“Juliette comes into Roxi’s room and says, ‘We know you f*ck everyone,’ then she walks out,” Megan added, which she claims was the tipping point for Roxi to finally choose to leave the show. “Roxi then chases her out of the room, totally enraged. They almost punched on. Producers had to hold the girls back from going at each other.”

As the camera crew tried to get set up to film the argument, Roxi is believed to have asked them, “Stop trying to make me out to be this person that I’m not. I’m not sticking around and dealing with this bullsh*t any longer. F*ck this. I’m leaving.”

On last Thursday’s episode of The Bachelor, the pair seemed close to exchanging barbs during the virtual cocktail party, with Juliette taking issue with Roxi’s choice to leave the earlier group date because of a question about her “secret boyfriend”. They also argued last night in front of Maddy and Bec, when Juliette tried to expose Roxi’s harsh comments about the new intruder arriving on the show to find fame. Then, of course, there was the earlier cocktail party where Roxi believed the other woman was plotting against her.

Roxi leaving the show doesn’t seem like a totally outlandish rumour considering comments she made to TV Week at the end of August. She said that moving into virtual dating she was worried her connection with Locky may “fizzle out”. “It was still in the early stages of getting to know one another,” she said.

“Plus, I’ve never been into online dating. It’s just not for me.”

Being jolted out of the “Bachelor bubble” meant Roxi had the space to honestly evaluate how she was feeling about Locky. “When I came home, I almost snapped out of it and started enjoying my everyday life without the stress of being in the mansion,” she said.

“It definitely changed how I was feeling, because it made me realise, ‘I just met this guy. Do I actually have all those strong feelings or did I just get caught up in it all?'”

We’ll soon see if Roxi decides to leave the mansion — whether it’s about her relationship with Juliette, or because she wasn’t really feeling it with Locky . . .

The Bachelor airs on Network Ten, Wednesday to Thursday. Join us at our Facebook group Pass the Popcorn to gab about all things reality TV.

Chayce Beckham: 5 Things To Know About The ‘American Idol’ Finalist