Royal Ascot is notorious for its strict dress code regulations.

Guests are encouraged to sport formal attire and can even be refused entry for not sticking by the rule book.

Thankfully, this hasn’t stopped fashion fans from trying out quirky looks at the races.

Here are some of the most eye-catching looks we have seen so far.

PASSION FOR FASHION: These racegoers turned heads at Ascot

Given the cold shoulder

Some race-goers appeared to be flouting Ascot rules by wearing strapless ensembles.

While off-the-shoulder dresses are permitted in the Windsor enclosure, they are not accepted in more formal areas at the event.

The Village, Queen Anne and Royal enclosures all ban garments that do not have straps of one inch or greater.

DRESSED TO IMPRESS: Kelly Brook (right) and other racegoers opted for bardot styles

This didn’t stop some revellers from flaunting their bare shoulders in the sunshine.

One female attendee looked stunning in a floral frock that has been cut in a bardot style.

Kelly Brook also proved to be a fashion rebel as she stepped out in a figure-hugging get-up.

She paired the off-the-shoulder dress with a football-themed fascinator that was adorned with a mini Bobby Moore figure.

THE THIGH’S THE LIMIT: Leg-exposing frocks proved to be popular

According to the official Ascot dress code, “dresses and skirts should be of modest length”.

This typically means that they should fall just above the knee, or slightly longer.

This hasn’t stopped some body confident lasses from flashing the flesh.

One blonde reveller donned a pastel blue frock with a plunging neckline.

A high split ran up the front of the garment, exposing her bronzed pins.

Another racegoers chose a similar style of dress.

The leg-flashing outfit also featured a cut out in the back, revealing her back.

TIGHT AND BRIGHT: These colourful looks made these ladies stand out from the crowd

Many revellers sported bright and vibrant looks at Ascot today.

While some kept it simple with colour blocking, others went all out with intricate patterns.

One group of friends showed that you don’t have to bare a lot of skin to make an impact.

The pals hogged the limelight by wearing outfits that featured every shade of the rainbow.

Getty Images
A race-goer swigs from a Champagne bottle

HEAD-TURNERS: These hats definitely made an impact

Hats off to them

It’s a style sin to go to Ascot without a fancy hat.

And racegoers certainly brought their A-games today when they donned jaw-dropping headgear.

One female guest looked as if she was ready to take off as she balanced a feathered fascinator on her head.

Another attendee raised the fashion stakes by sporting a horse-themed hat.

The large accessory was decorated with an animal painting and also included feather detailing.

See the Best Dressed Stars at the 2019 BET Awards 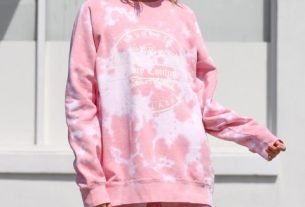