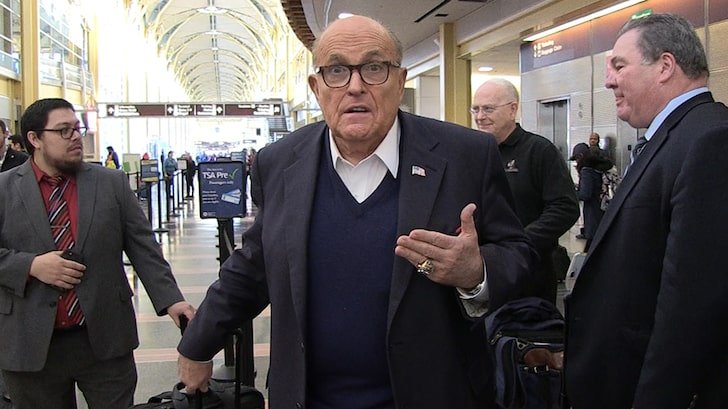 Rudy Giuliani‘s seen the writing on the wall — about President Trump possibly rolling over on him — and it makes him laugh, because he insists he has an impeccable track record.

We got Trump’s attorney Monday evening at Reagan National, and remained defiant after the reports of a new federal investigation into his consulting biz. There’s also been a buzz POTUS might throw him under the bus to save his own hide.

Hizzoner told us he’s confident his nearly 30 years of friendship with Trump means there won’t be any double-cross. Giuliani added he’s got 50 years of “ethical, dedicated practice of the law.”

The former NYC Mayor also had a brash message for the feds — come get me!

Rudy said, “the people pursuing me are desperate, sad, angry, disappointing liars” … and made it clear, in his eyes, they’ll have egg on their faces if they try to take him down.

Watch the clip … Giuliani insists this is all about “integrity and honor,” and says he’s got his foes beat in those departments.