We’re one episode into RuPaul’s Drag Race All Stars season four and there are already tears, but not from the eliminated queen.

The first eliminated contestant this season was season seven’s Jasmine Masters, who did her best to recreate the viral fame she’s seen since season seven on Instagram. But unfortunately, off-the-cuff only works on the gram and not when you’re talking about stand-up. Jasmine’s ass-eating jokes fell flat, and she was sent home by this week’s winner, Trinity.

But the tears came from the other last place finisher, Farrah Moan, who fell hard during her variety show performance when she slipped on her robe. She never quite regained her mojo after that, and couldn’t seem to take the fall in stride or stop crying about screwing up. What it seemed to come down to was the fact that Jasmine didn’t really have a concept and Farrah did, even if it didn’t end up going well.

But aside from all the winners and losers, there was one lip sync moment that immediately felt iconic.

Monique Heart went hard on her battle with Trinity to Mariah Carey’s “Emotions.” So hard, in fact, that she threw her wig all the way up into the rafters. A crew member had to retrieve it for her, and Ru suggested maybe she needed some duct tape or staples for next time to keep her wig on her head.

Latrice Royale did not seem impressed, but we can’t actually stop watching the above GIFs. We missed you so, Monique. 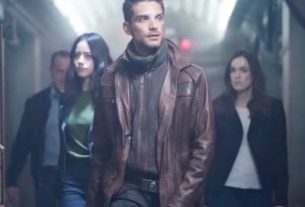