Rylan is known for his diva moments, previously walking off after a spat with Ruth Langsford.

And today things got tense again when a surprise guest turned up as he hosted with Holly Willoughby.

Rylan and Holly were introducing the competition when Holly said it would be presented by Claire Richards.

But Rylan knew her by a different name.

STORMED OFF: Rylan left the This Morning set

Rylan on set of Big Brother

The pair are friends and he knows her as Claire From Steps.

But when the video began, Rylan didn’t stick around to watch it.

“It’s Claire From Steps!” he said.

EXCITED: Rylan was excited about the competition

Things became too much and he ran off camera.

But we think it was as meant in jest as Holly was laughing as he left.

When the clip finished Rylan was back on the sofa with Holly.

“Good luck with that,” he said.

HE’S BACK: Rylan quickly returned to the sofa

“My personal thanks to Claire From Steps.” 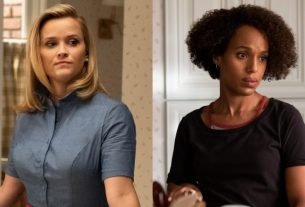 Which ‘Little Fires Everywhere’ Character are You? (QUIZ)