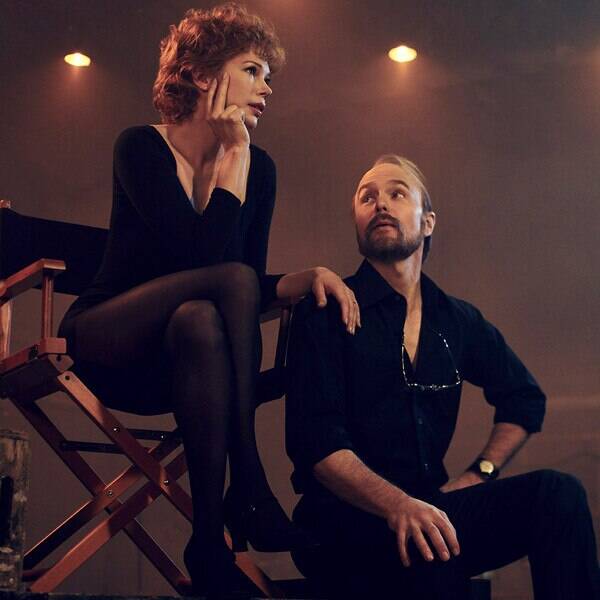 Alas, Sam Rockwell didn’t break out any of his Risky Business moves, but maybe he was just too surprised at his win for Outstanding Performance by a Male Actor in a Limited Series or TV Movie for his portrayal of legendary choreographer and director Bob Fosse in FX’s Fosse/Verdon.

The Emmy and Golden Globe had passed him by, but Michelle Williams, the Verdon to his Fosse, had won ’em all, and had already taken the stage tonight when he heard his name called.

“I did not expect this at all,” said the actor—a two-time winner in 2018 for supporting actor in a film and for his role in the ensemble of Three Billboards Outside Ebbing, Missouri. “You think you can dance and then you meet these Fosse choreographers…I had some MC Hammer moves and some Tom Cruise Risky Business moves, but these people can really dance. They look like ordinary people but they’re really superheros.

“To my fellow nominees,” Rockwell continued, “I really didn’t think I would be standing here. I share this with all of you. And especially [director] Tommy Kail and the amazing Michelle Williams, my wonder twin. I can’t imagine doing this with anybody else but you.” His acting coach and a few others got a shout-out, as did his “beloved Leslie Bibb” for her support, as always.

Life really can be a cabaret, old chum.

In this category, Rockwell beat out Mahershala Alifor True Detective; Golden Globe winner Russell Crowe(again absent from the award season hoopla due to the still-raging bush fires in his native Australia) for The Loudest Voice; Jared Harris for Chernobyl; and Critics’ Choice and Emmy winner Jharrel Jerome for When They See Us.

Everything We Know About Big Little Lies Season 2