Scarlett Johansson launched a lawsuit against Disney this year, alleging that their simultaneous release of her super hero vehicle Black Widow in theaters and Disney+ hurt the box office take. That meant Johansson’s payday was hit. Disney responded to the lawsuit by alleging that Johansson was being careless of the pandemic and their reasons for putting the film on their streaming service.

A spokesperson said at the time, “The lawsuit is especially sad and distressing in its callous disregard for the horrific and prolonged global effects of the COVID-19 pandemic.”

The breach of contract lawsuit has now been settled, according to The Hollywood Reporter, but the terms of the deal were not disclosed.

“I am happy to have resolved our differences with Disney,” said Johansson in a statement. “I’m incredibly proud of the work we’ve done together over the years and have greatly enjoyed my creative relationship with the team. I look forward to continuing our collaboration in years to come.”

Disney Studios chairman Alan Bergman commented as well, stating, “I’m very pleased that we have been able to come to a mutual agreement with Scarlett Johansson regarding Black Widow. We appreciate her contributions to the Marvel Cinematic Universe and look forward to working together on a number of upcoming projects.”

Johansson was paid $20 million for her role in the film, but says she signed her deal for exclusive theatrical release. She believes they decided to release Black Widow to promote their streaming service, in breach of that contract, saying in her complaint, “Disney saw the opportunity to promote its flagship subscription service using the Picture and Ms. Johansson, thereby attracting new paying monthly subscribers, retaining existing ones, and establishing Disney+ as a must-have service in an increasingly competitive marketplace.”

It’s rumored that other performers are considering similar suits, as many have been financial affected by how the coronavirus pandemic has changed theatrical releases. Johansson is influential as always. 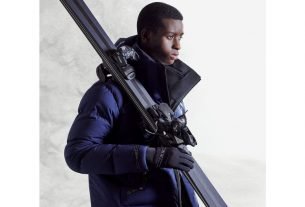