With the biggest change being that Ant McPartlin will no longer be hosting I’m A Celebrity with his best pal Declan Donnelly, it’s no surprise that ITV have kept the Extra Camp hosts firmly in their seats.

Scarlett Moffatt will be joined once again by her co-hosts, Joe Swash and Joel Dommett, allowing them to keep up their role in the jungle.

Fans were happy with the decision to keep the trio together, with one user responding: “Love the three of them together, especially Joel.

“Looking forward to Holly joining the team too, let’s give Ant the recovery he deserves. It’ll be different, but fun, I’m sure.”

Another added: “Yay the dream team are back! I’m so pleased and so excited.

“You all gel so well together and are naturally funny and genuine, can’t wait until you’re back on the telly.”

Scarlett announced it herself this morning, sharing a snap with her co-stars on Instagram and writing: “Last day of being 27 and what a way to celebrate!

“So excited to announce I’ll be going to Australia to present Extra Camp with these two funny, kind and witty fellas again.”

Although fans are happy, they still can’t get over the fact that Ant won’t be hosting the show this year.

Despite their upset, they appear more than happy to have Holly Willoughby stepping in for Ant.

CO-HOSTS: The trio will be back to host Extra Camp (Pic: ITV)

Upon announcing the news, Holly’s statement to ITV said: “I couldn’t be more excited to have been asked to stand alongside Dec for the next jungle adventure.”

Dec added: “I am hugely grateful to Holly for agreeing to accompany me to Australia this year.

“She was at the top of my list and I’m thrilled she said yes.” 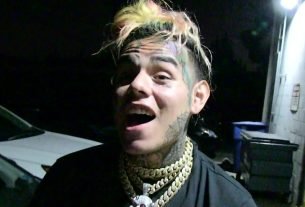