Kourtney Kardashian and her fiancé Travis Barker have no qualms making out in the street and posting photos of their most intimate moments to their public Instagrams. But for Kardashian’s ex-boyfriend Scott Disick, the father of her three children, seeing the two be all over each other in person is something he’s avoiding at all costs, according to E!. A source spoke to the outlet about Disick’s run-in with Barker and Kardashian at their friend Simon Huck’s wedding to Phil Riportella over the weekend.

Kardashian shared some photos for everyone of their PDA moments at the ceremony. Disick, while there, “kept his distance for the majority of the night” from the newly-engaged couple, the source said. (Barker, by the way, commented “Our turn next 🌹” on Kardashian’s post, a remark that Disick should likely avoid reading.)

A source spoke to People on October 18 about how against the couple Disick is because of his own feelings for Kardashian. He is “not happy about the engagement,” the source said, point blank. “Scott never approved of Kourtney dating Travis. He has struggled with their relationship. He always had this idea that he and Kourtney would eventually get back together. He was pretty shocked when he found out that she was dating Travis.” 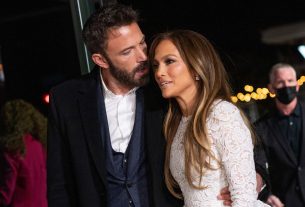 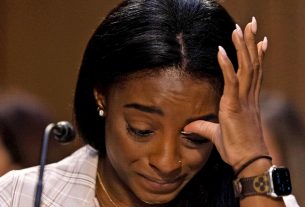