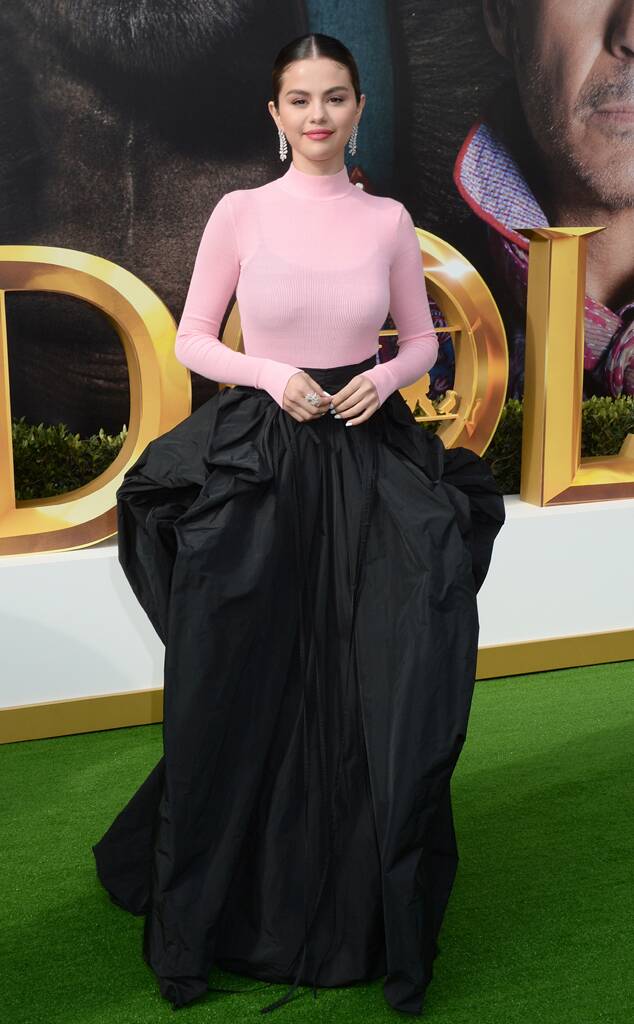 All eyes were on Selena Gomez as she walked the green carpet at the premiere of her latest film, Dolittle.

The 27-year-old pop star and actress wore a color-block Givenchy fall 2019 couture gown with a long sleeve, high neck, pastel pink, ribbed, semi-sheer sweater bodice over a dark camisole, and a billowing high waist black skirt, paired with leafy diamond catcher earrings and a wild moon ring, both by Messika Paris. Gomez was all smiles as she posed for pics.

And she has plenty to smile about; the star recently released Rare, her first album in more than four years, and a music video for its title track. The record also contains the previously released popular singles, “Lose You to Love Me” and “Look at Her Now,” both of which many believe are about her ex-boyfriend Justin Bieber.

In the partially animated Dolittle, starring Robert Downey Jr. as the veterinarian Dr. Dolittle, Gomez provides the voice of a giraffe named Betsy.

Dolittle is set for release on Friday, January 17.