Hot off the heels of her Golden Globes appearance in Los Angeles, Selena Gomez is back at work in New York City filming season three of Only Murders in the Building. As it turns out, we can expect some amazing guest stars in upcoming episodes: none other than Meryl Streep and Paul Rudd. Yes, really.

In a new TikTok video, Gomez let the secret slip that the two high-caliber guest stars will be joining season three in addition to series regulars Steve Martin and Martin Short. We don’t have details on what Streep’s and Rudd’s roles will entail, but it’s safe to say they just made the next season must-watch television. Scroll down to watch Selena Gomez’s new TikTok video that quickly amassed over 500,000 views in less than an hour.

Next, the number one It bag of 2023 is already here thanks to Louis Vuitton. 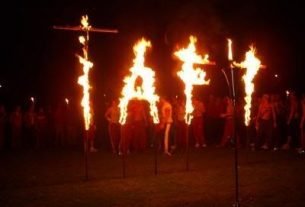 Sophie Turner’s Column Dress, Zoë Kravitz’s Biker Shorts and Much More: All The Bridal Fashion You May Have Missed