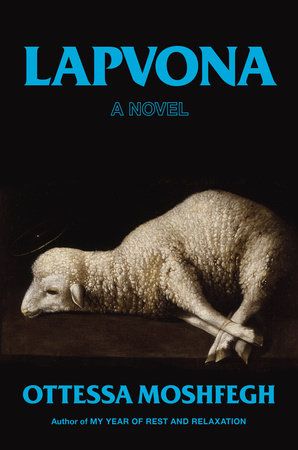 Welcome to Shelf Life, ELLE.com’s books column, in which authors share their most memorable reads. Whether you’re on the hunt for a book to console you, move you profoundly, or make you laugh, consider a recommendation from the writers in our series, who, like you (since you’re here), love books. Perhaps one of their favorite titles will become one of yours, too.

Shortlisted for the Man Booker Prize and National Book Critics Circle Award, Moshfegh’s first book, Eileen, won the PEN/Hemingway Award For Debut Novel. Sales of her second, My Year of Rest and Relaxation, about a young woman who attempts to sleep her trauma away for a year, rose during the pandemic, as readers contended with their own isolation. It also spoke to Proenza Schouler, for whom she wrote a short story for the duo’s fall 2022 collection. She also contributed a story for Gagosian’s Picture Books series.

She is adapting her novella, McGlue, for Vice Films, for which she’ll be a producer; film rights to MYORAR were optioned by Margot Robbie’s production company and Atlas Films; and she and her husband, Luke Goebel, adapted the screenplay for Eileen, starring Anne Hathaway, and co-wrote Red, White and Water.

The Newton, Massachusetts-raised, Pasadena-based author played four instruments by age seven (her Iranian father is a violinist and Croatian mother is a violist); skipped 8th grade; got her MFA at Brown and was a Wallace Stegner Fellow at Stanford; lives in 1920s stone house called Casa de Pájaros (house of birds); consults a Vedic astrologer, has a mixed breed named Walter; wrote in a fictional letter to Donald Trump that she uses her middle name Charlotte at Starbucks; taught English and worked in a punk bar in Wuhan, China. Bad at: Painting. Good at: Consuming true crime shows, solitude.

…kept me up way too late:

Communion by Whitley Strieber. It’s “A True Story” accounting for the author’s encounters with aliens, and I love the way it’s written: frank, intelligent, self-aware, and very descriptive.

…I recommend over and over again:

A Moveable Feast by Hemingway. It has a bit of everything: the truth, the times, his adventures, his associates, his struggles. The first time I read it, I was in Paris on a high school trip. The last time I spent significant time in Paris I read A Life of Picasso I: The Prodigy by John Richardson. I’ve never recommended it until now. It’s fascinating.

Invisible Man by Ralph Ellison. Probably the most important American novel of the last century.

…I swear I’ll finish one day:

The House of Mirth by Edith Wharton. I’ve read the first hundred pages a dozen times. It’s so good. I think it’s so good that it exhausts me, honestly. I’m just saying to myself, “Wow!” at the end of every paragraph. Maybe when I grow up, I’ll finish it…

…I read in one sitting, it was that good:

Wave by Sonali Deraniyagala. It’s a beautiful memoir about sudden and incomprehensible loss. It is also a survival story, and was very inspiring to me after I lost my brother.

…currently sits on my nightstand:

A few Audrey Hepburn biographies. The Barry Paris one is extremely detailed!

…made me laugh out loud:

Women by Charles Bukowski. It completely flipped on its head my conception of what a novel is. It is so deft and hilarious, and is narrated by the most depraved and brilliant protagonist. It’s both a disgusting love letter to women and a grotesque self-portrait of a man who will never understand them.

…has the best opening line:

…helped me become a better writer:

Gary Lutz’s early short story collection, Stories in the Worst Way. I discovered Lutz when I was in high school. There is so much precision to the construction of each sentence. It really made me sit up and fall in love with grammar in a deeper way, to appreciate that it has such a deep and beautiful system of reason behind it.

…is a master class on dialogue:

Kristine McKenna’s books of interviews with the most interesting artists, musicians, writers, filmmakers in the last 50 years, Talk to Her and Book of Changes! She is probably one of the best interlocutors on the planet.

Aghora: At the Left Hand of God by Robert E. Svoboda. I’ve read this book so many times because I know I will never fully understand it, but I would like to. It details Aghori Vimalananda’s stories and teachings, which are profoundly strange and very difficult for me to hold in my mind.

The Mars Room by Rachel Kushner. Rachel is a genius with an enormous heart. I am honored to call her a friend.

…fills me with hope:

Drinking: A Love Story by Caroline Knapp. I read this in my 20s when I first quit drinking. She wrote other books I love, but this one made the strongest impression on me. It may have been the first memoir I’d ever read.

…I’d want signed by the author:

West of Eden by Jean Stein. I had a signed copy of the book dedicated to me but lost it in one of my several moves across the country. Stein was a dear friend, and I had worked on the book a bit toward the end of her editing process. Stein passed away in 2017, and I really miss her.

A Life of Picasso I

The House of Mirth

Stories in the Worst Way

Aghora: At the Left Hand of God

Riza Cruz
Riza Cruz is an editor and writer based in New York. 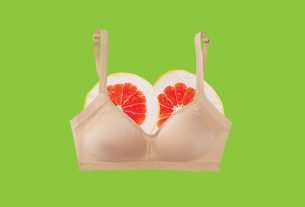 The 15 Best Bras for Big Boobs, According to These 5-Star Internet Reviews 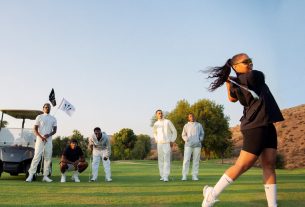 Drake Hits the Links With a Pretty Sweet Golf Collection