ROYAL SEAL OF APPROVAL: Many believe that Meghan’s style has changed since the wedding

Meghan Markle has made her first public appearance since the Royal Wedding yesterday.

The Duke and Duchess of Sussex are attending an event in celebration of Charles’ 70th birthday.

As photos of the newlywed couple emerged, it didn’t take long for fashion fans to comment on Meg’s outfit.

The £590 Flavia garment is mid length and features sheer detailing on the sleeves.

Even though the frock isn’t overly short, the royal sported a pair of skin-coloured tights underneath.

The look was complete with a matching hat and cream heels.

While many remarked that Meghan looked radiant three days after her wedding, they spotted a shift in her fashion sense.

But today, her outfit was noticeably more elegant and covered up.

Another agreed: “Her look has changed since the wedding, this is a very conservative look.”

Although some social media users noted Meghan’s change in appearance, the vast majority were a fan of her new style.

One commenter remarked: “Omg she gives me life. She’s glowing.”

Another said: “Wow she looks stunning.”

A third added: “OK I am obsessed with Meghan Markle.”

The Duchess of Sussex remains a hot topic of conversation following the wedding.

Many are wondering where the bride and groom are going on their honeymoon.

Brits were also delighted when the royal couple’s official wedding photos were released. 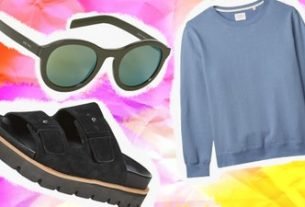