Coronation Street‘s Fiz Brown (Jennie McAlpine) is set to leave the soap very soon, as Jennie is heading off on maternity leave.

Coronation Street cast member Evelyn Plummer (Maureen Lipman) has made it clear that she is not keen on Fiz and her children.

In tonight’s episode, it seems Evelyn is creating a plan as she got talking to Maria Connor (Samia Longchambon).

As the pair bonded over Evelyn’s dog, Fiz and Tyrone came to join them, and it didn’t take long for things to get awkward.

Evelyn asked Maria and Tyrone if they used to “step out”, which the pair confirmed.

Tyrone told his grandmother that they used to be engaged, while Fiz exclaimed: “But it is ancient history now.”

As Maria walked away, Maureen said: “What a lovely looking girl. Lovely hair, sense of style,” before looking Fiz up and down.

MEDDLING: Evelyn quizzed Tyrone about his past with Maria (Pic: ITV )

AFFAIR?: Could man-eater Maria steal another partner off her neighbour? (Pic: ITV)

Fans have speculated that Evelyn is going to try and get Tyrone and Maria together behind Fiz’s back.

One posted on social media: “Haha, Evelyn really doesn’t like Fiz does she?”

Another added: “Fiz is so insecure with Maria & Tyrone.”

A third wrote: “Oh Evelyn! You naughty woman, setting off Fiz against Maria!”

Could Maria and Tyrone find love again as Evelyn conspires to play cupid?

It looks like Fiz’s exit could have been revealed…

Corrie continues on Friday at 7.30pm on ITV. 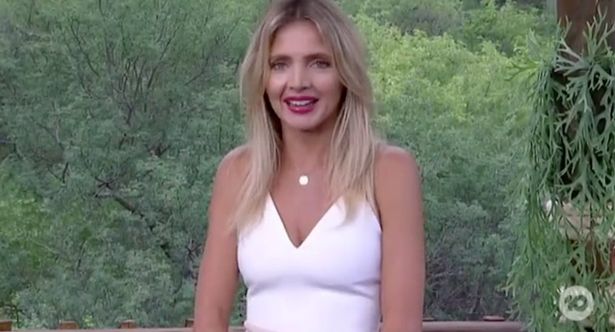 Vote for Your Favorite Villain From Thanos in Avengers: Endgame to Joe on You Before the MTV Movie & TV Awards