The Nothing Compares 2U singer recently revealed she had converted to Islam in an impassioned post on social media.

The 51-year-old has since flooded her Twitter page with various videos talking about the Muslim faith; including one where she sang the Azan (Muslim call to prayer).

Her posts took a somewhat sinister turn however when she branded white people “disgusting” she then outrageously accused Irish nuns of accusing babies.

But she was soon up and running again, sharing a video where she said she had returned to Twitter to call out the “white supremacists” on her page.

And she was venting her fury once more yesterday when she hit out at non-Muslims.

Posting to her 41.5k followers, Sinead wrote: “Amazing how many people ask me or suggest to me I’ve ‘flipped’ of becoming Muslim.

“I feel like whoever doesn’t become a Muslim is actually the mentally ill one.”

Sinead’s latest provocative comments come after she hit out at fellow celeb Bono, 58.”

Sinead said the U2 frontman was her reason to keep living so he doesn’t “s***e” on her funeral.

NOT HOLDING BACK: Sinead O’Connor has made her feelings known on social media (Pic: TWITTER/SINEADOCONNOR)

THROWBACK: Sinead O’Connor back in the day (Pic: GETTY)

Sinead then did an impression of what she thought Bono might say at her hypothetical funeral.

She said: “‘Sinead, Magda, Shuhada, what’s her name – oh wasn’t she just so much trouble? Girls are supposed to be beautiful and sexy and all of that stuff’.

She continued: “Reasons for living, definitely best reason for living. Must stay alive longer than Bono. Sorry Bono, but I couldn’t fucking resist.” 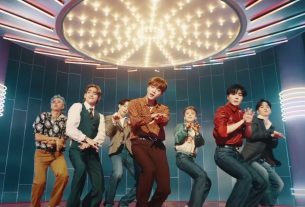