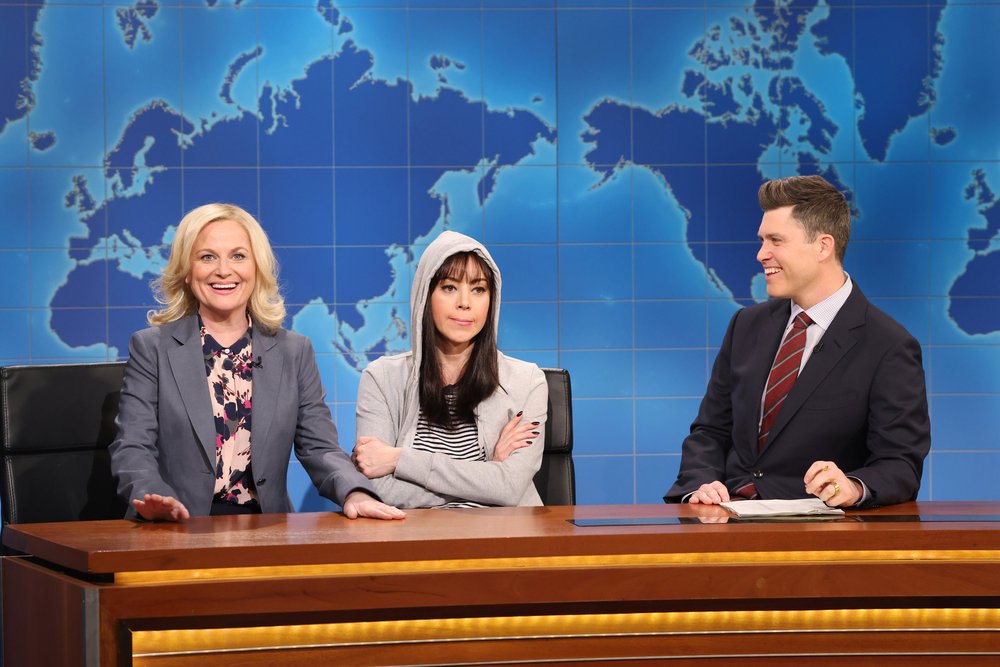 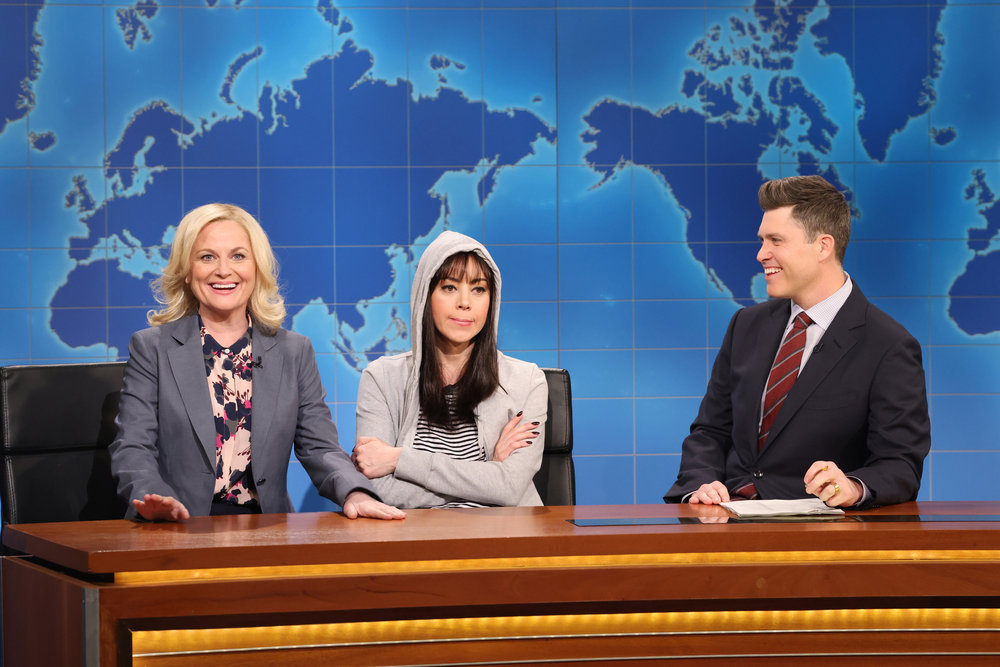 Aubrey Plaza made her “Saturday Night Live” hosting debut on the Jan. 21 episode, and during her monologue she was joined by two surprise guests.

The first was no less than President Joe Biden, who appeared in a brief video message. “Aubrey, you’re the most famous person out of Delaware, and there’s no question about that,” Biden said. “We’re just grateful you made it out of ‘White Lotus’ alive.”

Later in the monologue, Plaza reminisced about her days as an NBC page, donning her old page jacket and taking viewers on a behind-the-scenes tour of “historic Studio 8H, built in 1599 by William Shakespeare.”

While touring the set, she bumped into her former “Parks and Recreation” co-star Amy Poehler. “So Aubrey, I see you’re wearing your page jacket. Are you drinking again?” Poehler asked.

“Of course!” Plaza responded.”And I was just going to the set design office to see those old perverts.”

“Aubrey, it’s not nice to call people old,” Poehler warned. “Oh, my God, she stole my wallet. That’s my girl!”

Poehler reappeared during Weekend Update, when she and Plaza reprised their “Parks and Rec” roles of Leslie Knope and April Ludgate, respectively (Poehler had earlier read some news stories).

“Work for the water department,” she suggested. “

You can drain the reservoir and find all the bodies and murder clues,” she added. “Or just be a dog catcher and just say you couldn’t find any. Because when you work for the local government, doing the bare minimum is doing your part.” 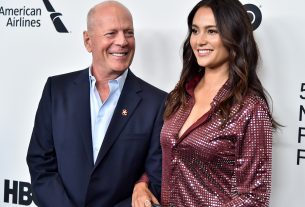 First Photos Of Bruce Willis After Revealing His Aphasia Diagnosis 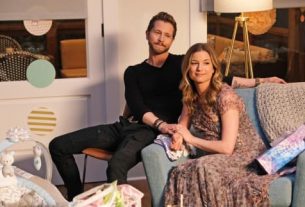 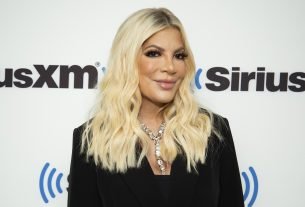