#Flygate is alive and well. After the internet collectively LOL’d after a fly made a home on Mike Pence’s head, we’ve all been patiently awaiting Saturday Night Live‘s sketch about the hilarious incident. And, as always, the show didn’t disappoint. Kate McKinnon played debate moderator Susan Page, Senator Kamala Harris was portrayed by Maya Rudolph, and Vice President Pence was played by Beck Bennett. Oh, and Jim Carrey played the fly.

“Good evening, I’m Susan Page, and I missed book club for this,” Kate said at the beginning of the cold open. “Tonight you’ll notice that between the candidates we’ve installed buffet style sneeze guards on account that one of you works for patient zero.”

Later Jim Carrey as Joe Biden said, “I need to do something, I need to teleport to that debate and save the soul of this nation.” He then got into a teleportation machine, which accidentally turned him into the fly that landed on the VP’s head at the debate. It also turned him into Jeff Goldblum, who starred in the 1986 film The Fly.

After more flies landed (including Keenan Thompson impersonating the late Herman Cain), the moderator said, “I think we need to shut this debate down for the good of humanity.” Maya then used a fly swatter to hit the fly on and the show kicked off with, “Live… from New York! It’s Saturday night!” 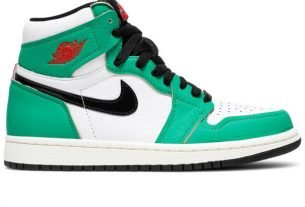 Nike Air Jordan 1s: How to Style Them Like Your Fave Celebs