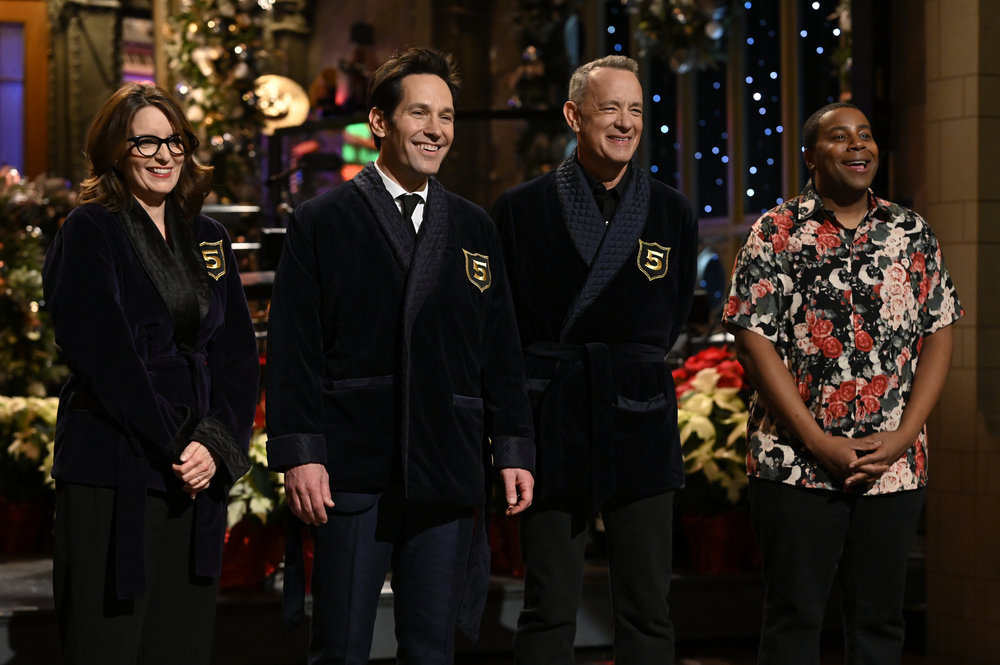 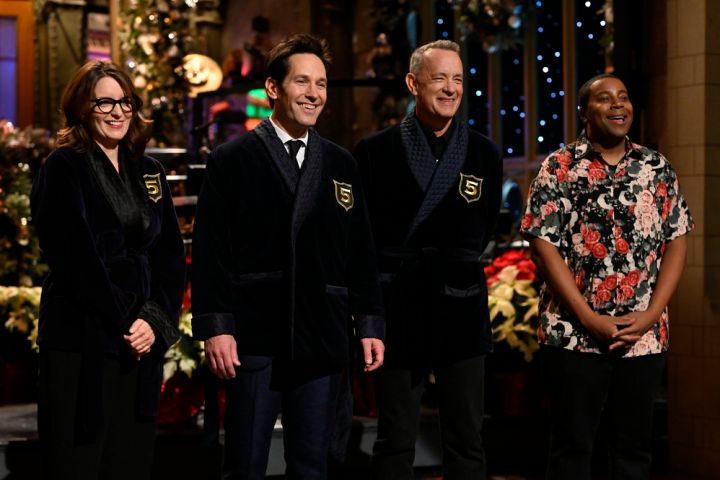 By Zach Seemayer, ETOnline.com. 4 hours ago

“Saturday Night Live” looked quite a bit different this week. Paul Rudd was set to host, but due to the spike in COVID-19 cases, the show decided to forgo a live audience and the musical guest and pre-tape most of the sketches.

However, this was also supposed to be a momentous occasion for Rudd, as he was set to join the so-called five-timers club — i.e. celebs who have hosted five or more times.

Luckily, the show made sure to still celebrate the accomplishment, and with some impressive guest stars. The episode kicked off with Tom Hanks stepping out onto stage rocking his iconic five-timers club jacket and explaining the situation in his usual, comforting tone.

“Tonight, everyone on ‘Saturday Night Live’ planned to do our big Christmas show and induct a new member into the five-timers club, but COVID came early this year,” Hanks shared. “So, in the interest of safety, we do not have an audience, and we sent home our cast, and most of our crew. But I came here from California and if they think I was going to fly 3,000 miles and not be on TV, they got another thing coming.”

Hanks then introduced Tina Fey, another club member, telling her, “Thank you for joining me Tina. As you know, I started the five-timers club.”

“Oh, like you started COVID!” Fey said, joking about how Hanks was the first major celeb to go public with contracting the illness at the start of the pandemic last year. However, the pair said they weren’t going to let anything keep Rudd from having his special moment, and called him out onto the stage.

While Rudd was all smiles, he admitted that he was disappointed by the turn of events.

“It’s not all that bad. People magazine just named you the most sexist man of the year!” Hanks said.

“Oh, no, I think it was sexiest,” Rudd corrected.

To keep the party going, Fey and Hanks had Kenan Thompson present Rudd with his own club jacket and then introduced a pre-taped message from Steve Martin and Martin Short who also celebrated the occasion.

Addressing the unusual format of the show, Thompson shared, “Don’t worry. We still have a great show for everybody, including brand-new sketches taped earlier this week.”

“And, we’re going to show some of our personal favourites from past episodes,” Fey added.

“Yeah, It’ll be a little like that new Beatles documentary. A lot of old footage but enough new stuff to make you go, ‘Yeah, OK, I’ll watch that.”

The episode itself was a blend of pre-taped sketches Rudd and the cast filmed earlier in the week, as well as classic “SNL” holiday sketches from the past.

While the Omicron variant’s been wreaking havoc across the nation, New York in particular has seen a dramatic increase in cases. The Big Apple on Friday had the highest single-day total (21,027) of new COVID-19 cases since the start of the pandemic. “SNL” adds that it “continues to follow all government safety guidelines in addition to a rigourous testing protocol.”

“SNL” is hardly the only show in town being affected by COVID-19. The rising cases in New York has also triggered the closure of several Broadway plays and cutting short the Radio City Rockettes’ season.

For more on this season of “SNL”, check out the video below.

Andy Samberg and Maya Rudolph Reflect on Reuniting for ‘Baking It’ 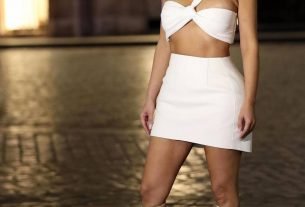 Kim Kardashian – Spotted at the Spanish steps in Rome 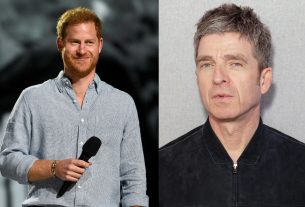 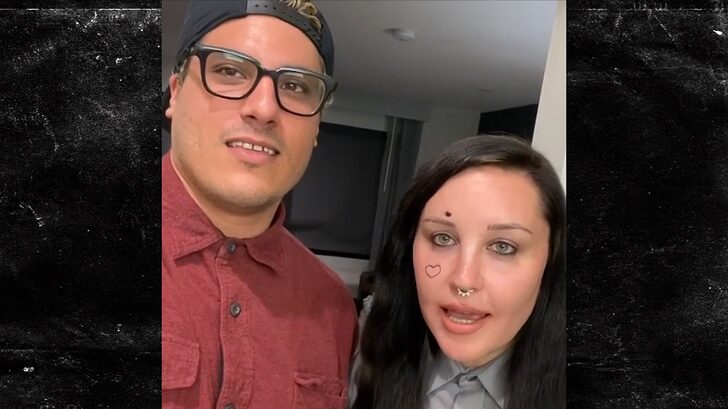 Amanda Bynes Breaks Off Engagement with Fiance of Three Weeks