Award season is in full swing!

On Sunday, you can expect more glitz and glamour when the biggest stars walk the red carpet at the 2019 SAG Awards.

We can hardly wait to see what nominees including Emily Blunt, Lady Gaga and Emma Stone wear to the show. These ladies have all been rocking showstopping numbers so far this awards season and we know there are more amazing looks to come.

In addition to the nominees and presenters, all eyes will be on first-time host Megan Mullally who took to Instagram to explain that no designers had offered to dress her for the SAG Awards in December. Who do you think she will wear to emcee the ceremony? No matter what, we’re sure she will look amazing!

Before the awards show this weekend, we are going down memory lane to relive the best red carpet fashion moments from the SAG Awards.

From Margot Robbieto Alison Brie, we are never disappointed by the stunning fashion at the SAG Awards. These ladies always bring their fashion A-game for this award show and we expect this year will be no exception to the rule. Who are you most excited to see at the big show on Sunday?

Get ready for all the action by taking a look back at all the best looks from SAG Awards below.

The Frozen star stunned a pink J. Mendel dress before taking the stage to host the awards ceremony in 2018.

The Monster’s Ball actress took the red carpet by storm in a sexy Pamella Roland gown.

The Golden Globe winner turned heads in a floral Rasario frock at the 2018 award show.

The married star Glow-ed in a red Dundas dress and Jimmy Choo shoes for the big show.

The Lady Bird actress was a showstopper in a long-sleeved pink Louis Vuitton dress with metallic detailing. She completed the look with Christian Louboutin heels and Cartier jewelry.

The Get Out star channeled ’20s flapper vibes in a Ralph & Russo design.

The I, Tonya star deserved a gold medal for this feathered design by Miu Miu.

The Empire star showed both her sweet and daring sides with a sheer, princess-worthy Reem Acra gown.

The Game of Thrones star showed the impact of a slip dress with this pale pink number by Charlie Brear.

The How to Get Away With Murder star’s Vivienne Westwood gown is fit for a bride.

The Danish Girl beauty simply stunned in 2016 in this Louis Vuitton gown, which she later accessorized with a Best Supporting Actress trophy.

Utter elegance from the Oscar winner in asymmetric Armani.

Ms. Moore’s flawless style record speaks for itself, with another hit in this emerald beaded Givenchy gown.

Back in 2010, the blond beauty delivered one of the most polarizing SAG Awards looks of all time in a mustard-colored Jason Wu gown with a draped shoulder.

Oh my gorgeous! Back at the 2011 show, SAG-nominated actress caused a jaw-dropping moment in a dramatic Alexander McQueen chiffon bustier gown with a stunning crimson print.

This look is everything! Viola and Max Mara are a match made in designer heaven on the 2015 red carpet.

In one of her best looks ever, Amanda stunned in a gorgeous in a deep midnight blue Zac Posen design with a bold Lorraine Schwartz pendant the 2013 awards show.

Lupita’s a style icon through and through, and this floral teal Gucci gown from the 2014 awards show is just further proof of that.

The Brit actress was perfection in this blush Balenciaga.

The star prooved that a long-sleeved dress can still ooze sex appeal with a sleek Pucci gown at the 2010 SAG Awards.

Hollywood or King’s Landing, Natalie Dormer knows how to wear a gown and this Naeem Khan watercolor print at the 2015 show was no exception.

The TVD starlet stunned in hot pink Elie Saab for the 2013 award show.

Ahhh. Naomi was breathtaking in a sparkling embroidered Marchesa gown in 2013.

This enchanting Oscar de la Renta dress from the 2011 red carpet is much more than meets the eye—the blush halter gown is a meticulous crepe de chine design with head-to-toe caviar beaded embroidery.

Ay caramba! The Modern Family actress is a vision in a sparkling Donna Karan Atelier with an enormous Amrapali necklace.

The comedienne is all drama in a vibrant Oscar de la Renta design with ample floral texture at the 2011 SAG Awards.

In gold lace and black mesh, January is cutting-edge gorgeous in a Carolina Herrera design back in 2011.

The statuesque star dazzled in an embellished gown by Vivienne Westwood featuring intricate beaded details and a provocative mesh layer in 2013. As for accessories, the actress wore magnificent Fred Leighton pendant earrings made of black enamel, diamonds and carved jade, as well as a sparkling diamond and platinum filigree ring.

At the 2009 SAG Awards, the Slumdog Millionaire star looked enchanted in a periwinkle Marchesa gown. 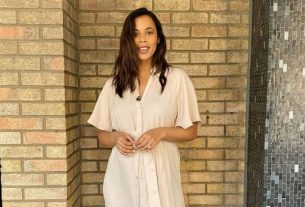 I Think Rochelle Humes Has the Best Summer Dress Collection 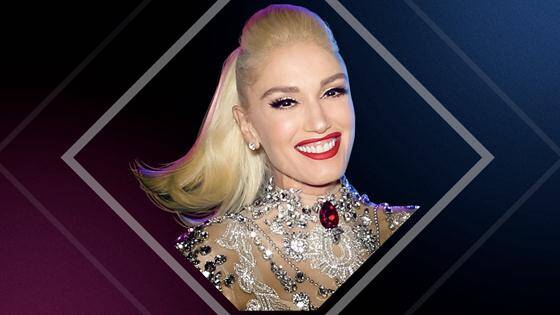