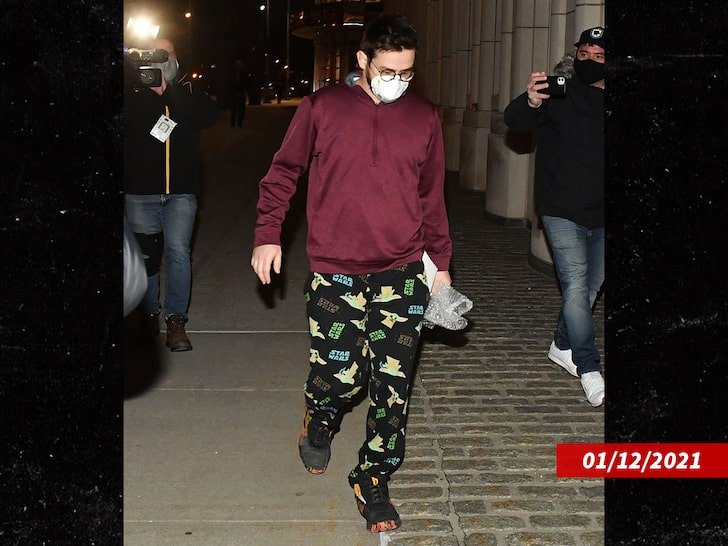 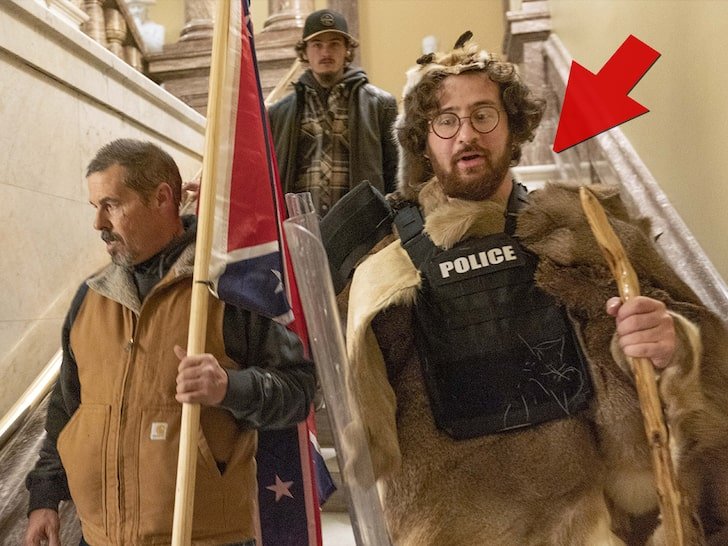 The guy who was wearing animal fur and parading around with a policeman’s shield inside the Capitol building during last week’s riot is the son of a prominent judge in Brooklyn … who now has to watch his boy go through the criminal justice system.

34-year-old Aaron Mostofsky was arrested Tuesday and brought before a Brooklyn judge — not his father, Brooklyn Supreme Court Judge, Shlomo Mostofsky — this judge is federal. He was released on $ 100k bail with strict conditions.

Mostofsky faces four counts — theft of government property, illegal entry into a restricted area, illegal entry with intent to impede government functions, and disorderly conduct. Aaron was released to the custody of his older brother, and was ordered to stay in NYC (unless given permission) and wear an ankle monitor.

The judge also said Mostofsky’s forbidden from communicating with his co-defendants, cannot participate in any political gatherings, and has to steer clear of all state capitals.

Mostofsky’s attorney said his client is aware of the seriousness of the charges against him … but insists he was just “caught up” in the moment. 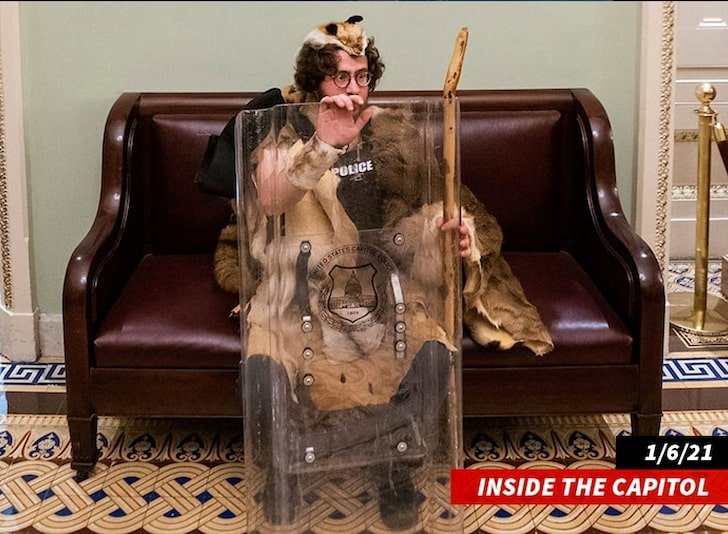 Granted, he did get his hands on that Capitol Police shield … and posed for some weird shots without hesitation, even giving on-camera interviews! The one thing he did do since getting back from D.C. to remain low-key, it seems … get a haircut. The dude’s almost unrecognizable now with his new ‘do, but those glasses are a dead giveaway.

Mostofsky is scheduled to appear virtually before the judge later this month.

NFL Rookie Tyrel Dodson Frantic 911 Call, ‘He Hit Me Across My Face!’