Sophia Bush is hanging up her badge and gun and packing up that winter parka. In other words, Bush is leaving Chicago PD after four seasons, according to Deadline.

The season four finale of Chicago PD featured Bush’s character, Det. Erin Lindsay, getting a job offer with the FBI in New York. Bush has been with the show, a spinoff of Chicago Fire, since the start.

Deadline reports Bush could still return to wrap up her character’s story in season five. Bush has appeared in crossovers with Law & Order: SVU before, should her character actually go to New York could she pop up on SVU? That’s just an E! News theory, but you never know.

The season four finale of Chicago PD had 6.5 million viewers and a 1.3 rating in the coveted 18-49 demographic in terms of same day viewers.

Chicago PD airs Wednesdays on NBC and will return this fall. 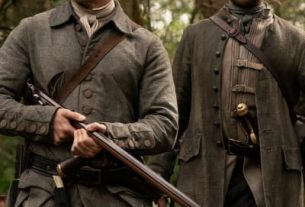