Spider-Man fans may or may not be pleased to hear that Love Island will be colliding with the Marvel world.

With Spider-Man: Far From Home hitting cinemas soon, Tom Holland, who plays Peter Parker, has admitted he is a passionate fan of the ITV2 reality show – so much so that it inspired his role.

But despite loving the popular show, Tom has a big problem with the current series.

The actor even convinced his co-stars, including Zendaya and Jake Gyllenhaal, to tune in to the 2018 series of the show while they filmed on location in London.

“I tried to portray Jack in this movie, that was my inspiration for the film”

He told Press Association: “We were big Love Island fans, everyone became addicted.”

Tom revealed how his performance as teenager Peter was inspired by stationery salesman Jack Fincham, who went on to win the show with Dani Dyer.

He said: “I tried to portray Jack in this movie, that was my inspiration for the film. ‘I sell pens!”‘

Talking about the current season, he said: “I’m not a big fan of this season, I don’t know, I watched last night’s and thought ‘I don’t know if I’m going to watch it anymore’.

“It’s interesting, the last season everyone was really good friends and the public felt like they were friends with everyone and in this one, everyone is kind of angry with everyone all the time. They should all just get on.”

Asked if he became a fan of the show during his time in the UK, Gyllenhaal, said: “I saw a number of episodes of Love Island because of them (Tom and co-star Zendaya) and a lot of the crew was talking about it and all that and then I stopped.

WINNERS: Jack Fincham and Dani Dyer won Love Island but she is now back with her ex boyfriend (Pic: GETTY)

“It was all around the general mess of what pop culture is right now and sometimes I like to stick my head in and look around and then I have to go and take a long shower.

“I think I take things too seriously maybe, in the end.”

Spider-Man: Far From Home is released in UK cinemas on July 2. 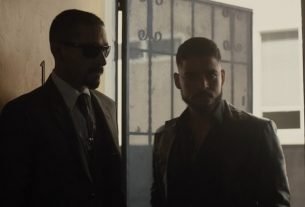