Nathalie Kelley exclusively tells E! News she won’t be appearing in the second season of Dynasty.

“I haven’t read anything for season 2,” the 33-year-old told E! Australia’s Ksenija Lukich ahead of Max Mara’s 2018 Women in Film celebration. “I know that I end up with a gunshot wound and in a fire at the end of season 1, and I know that I won’t be filming season 2.”

Whether that means Cristal is officially dead, however, is up for debate.

“I won’t be returning for season 2…I don’t know storyline[-wise] what they’ll do. Is it a coma? Is it death? Is it who knows? I actually don’t know,” Nathalie says. “But I know that I’m not going to Atlanta in July, that I’m staying here [in L.A.], and I’ve got my life back.”

Season 1 of the hit reboot ended with Cristal getting shot in the abdomen by Claudia (Brianna Brown) as revenge for the Carrington family’s past transgressions. Cristal then became trapped in an estate fire set by a mystery hand and was last seen writhing on the floor clutching her wound.

The finale also left the fates of Michael (Robert Christopher Riley) and Alexis (Nicollette Sheridan) up in the air, and ended with the arrival of the as-yet faceless Kirby Anders.

After filming wrapped on season 1, Nathalie shared a sweet Instagram post in honour of her on-screen stepdaughter, Liz Gilles.

“I like to corner Liz at the end of a night out and tell her how much I love her, how meeting and working with her has been the real highlight of my time on show (sorry boys),” the Sydney-raised star posted on March 24. “But because we are wrapping up Season 1 and I’m feeling sentimental – I’ll say it now. You are one of the funniest most talented people I’ve ever known. It is an absolute joy to be your friend.”

Prior to Dynasty, Nathalie got her big break as Neela in The Fast and the Furious: Tokyo Drift and played Sybil on the final season of The Vampire Diaries. 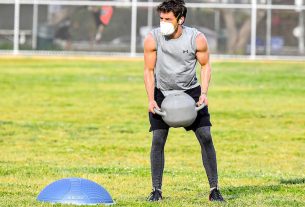 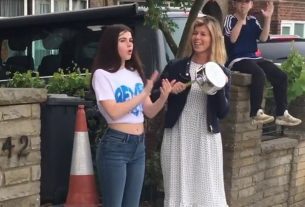