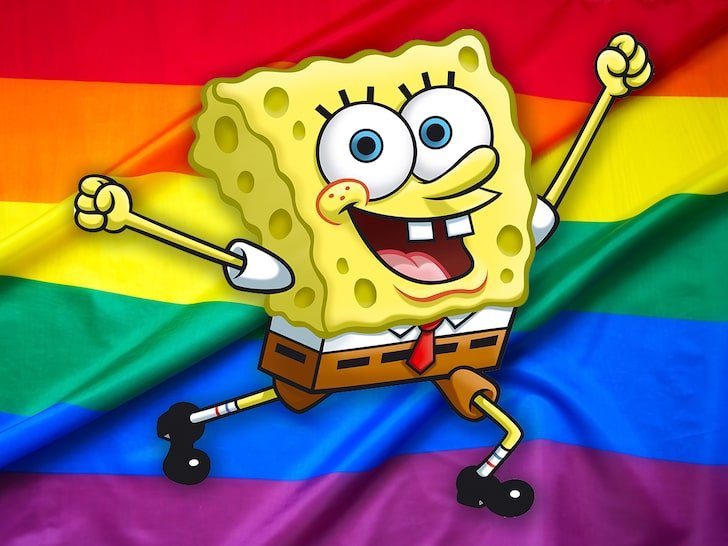 SpongeBob SquarePants‘ sexuality has entered the chat — and lo and behold, the Bikini Bottom dweller is, as many suspected for years, gay.

Nickelodeon officially made the reveal Saturday in a tweet shouting out Pride month (June), and attaching photos of three of their canon characters as a clear indicator that they’re all part of the LGBTQ+ community … but without actually saying it outright.

Celebrating #Pride with the LGBTQ+ community and their allies this month and every month 🌈 ⁣
(🎨: by @ramzymasri) pic.twitter.com/pENmTaQB0h

The studio writes, “Celebrating #Pride with the LGBTQ+ community and their allies this month and every month 🌈.⁣” All of the characters — which include Sponge, Schwoz Schwartz from ‘Henry Danger,’ and Korra from the ‘Avatar’ spin-off show ‘Legend of Korra’ — are featured in a rainbow color background, further signaling they are, in fact, part of the community

Fans have known for a while Korra was gay/bisexual — as it was revealed in the show itself and actually written into the script. Again, not so much with words … but just action.

As for Schwoz, the actor who plays him — Michael D. Cohen — is a transgender man in real life … something that wasn’t revealed until recently. He transitioned decades ago. Now, when it comes to the Krusty Krab fry cook … well, let’s just say folks had their suspicions for a long time now. If you know, you know … we won’t break it down for boomers.

Spongebob gay? I mean he literally had a baby with Patrick pic.twitter.com/RMLVUomVsL

Funny enough, Nickelodeon AND the series creator Stephen Hillenburg came out firmly in the early 2000s and explicitly said SBSP was NOT gay … but asexual. Change of heart?