The Strictly Come Dancing winner regularly wowed us with her show-stopping outfits on the show before scooping up the golden glitter ball.

And Stacey Dooley continued to impress as she hit the red carpet at the National Television Awards at London’s 02 Arena on Tuesday night.

Slipping into a simple and chic black fitted dress, the 31-year-old turned heads as she joined some of TV’s finest for the showbiz bash.

The documentary-maker’s elegant garment hung just below her shoulders, ensuring she flashed plenty of flesh.

And despite looking as if she was at risk of baring a little more on several occasions, Stacey – who famously flashed her intimates during a tense Paso Doble on Strictly – managed to keep her dignity intact on this occasion.

The babe’s outfit featured some incredible bell sleeves and padded shoulders which draped onto her arms.

Meanwhile, a nipped-in waistline helped to highlight her slender physique.

In keeping with the simple and classy look, the star accessorised with a pair of sling-back pointed kitten heels.

She added some oversized gold hoop earrings for a bit of glitz, while her scarlet tresses were slicked back into a sophisticated up ‘do.

As for make-up, Stacey opted for a very seductive smokey eye with lashings of mascara and a soft nude lipstick.

She will be dancing once again in Leeds on Thursday, after a two-day break, before heading off to Manchester and Liverpool.

NEW SHOW: Stacey is set to return to our screens with Glow Up: Britain’s Next Make Up Star (Pic: Doug Peters/EMPICS Entertainment)

The tour will then go on to Sheffield, Glasgow, Nottingham and London, before ending on February 10.

But never fear as we’ll be seeing much more of the stunner on our TV screens very soon.

The gorgeous gal will be returning to TV with new show, Glow Up: Britain’s Next Make Up Star, which aims at finding the next big name in make-up artistry.

Bruce Forsyth Entertainment Award: I’m a Celebrity… Get Me Out of Here! 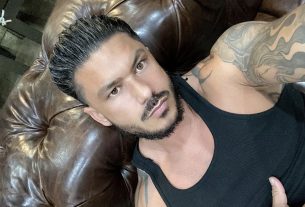