Steve Carell is coming back to television!

The former star of The Office and current star of dramatic films like Beautiful Boy is joining Jennifer Aniston and Reese Witherspoon in an upcoming Apple drama about a TV morning show. Aniston and Witherspoon are starring in and executive-producing the series, which is currently untitled, and Carell will play Mitch Kessler, a morning show anchor struggling to remain relevant in the current media landscape.

This is very big news for TV fans who have been missing Michael Scott’s face on their screens every week (since he left the show all they way back in 2011), and may have gotten everyone wondering about how the rest of the people person’s paper people are doing these days. (Spoiler alert: Jim’s been working out.)

To help quench that papery thirst, we’ve updated our guide to all the current comings and goings of the Dunder Mifflin staff. Just scroll down!

What’s he up to? Woods appears in The Post and has been popping up everywhere from Ghostbusters to Playing House and his HBO comedy Silicon Valley.

What’s he up to? Lieberstein was brought in as showrunner to change things up on Fox’s Ghosted. He also wrote and directed Song of Back and Neck.

What’s he up to? Nunez recently appeared in Baywatch, Shameless, People of Earth and The 5th Quarter.

What’s he up to? The actor has kept busy with roles on Hand of God, Good Behavior and Life in Pieces.

What’s she up to? Flannery has multiple projects in the pipeline according to IMDb, and you can often see her performing in her musical comedy duo The Lampshades (which we highly recommend if you ever get a chance).

What’s she up to? Kinsey appeared in the canceled Netflix series Haters Back Off and has roles in several upcoming projects, including Andover, Extracurricular Activities and The 5th Quarter. She hosts a web baking series with her husband.

What’s he up to? Leslie David Baker has been acting consistently since The Office wrapped, most recently popping up on Raven’s Home and Ryan Hansen Solves Crimes on Television. He was in 2018’s The Happytime Murders.

What’s he up to? Not a whole lot this year in terms of acting, but he has written several books. He appeared in 2016’s The Founder and recurred on The Mindy Project.

What’s she up to? Oh nothing, just starring in her very own critically acclaimed Netflix show called Unbreakable Kimmy Schmidt. She also does some cartoon voices and has a young son. Her book My Squirrel Days just came out.

What’s he up to? Several movies and a starring role on Fox’s canceled Ghosted.

What’s he up to? More than you might realize. He’s been working steadily as an actor since The Office ended, and he currently had a couple movies in which he played “Quarrelsome Saloon Guy Town 2” and “Cowboy Guy.” He’s definitely also busy with his website, www.creedthoughts.gov.wwwcreedthoughts.

What’s he up to? Helms has a couple of movies coming up and returned to Comedy Central for a Fake News special.

What’s she up to? So, so many things. She recently had Champions on NBC, wrapped a movie with Emma Thompson and is at work on Hulu’s Four Weddings and Funeral show.

What’s he up to? He was in a couple of episodes of Star Trek: Discovery, and he’s got a couple movies coming out. He has also spent a bit of time this year ranting about how he is not Dwight Schrute (as part of a podcast).

What’s she up to? She has an ABC show called Splitting Up Together that’s in its second season.

What’s he up to? A Quiet Place was a huge hit and a sequel is in the works, and he has the Jack Ryan series for Amazon.

What’s he up to? Steve Carell just signed on to star in the untitled Apple drama starring and executive produced by Reese Witherspoon and Jennifer Aniston. On the big screen, where he’s spent much of his time post-The Office, he has Beautiful Boy and Welcome to Marwen.

Apple’s untitled morning show drama is set to start production at the end of this month.

The Office aired on NBC. 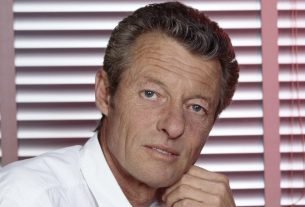