Stevie J says Joseline Hernandez put a new twist on her attacks on him — this time her weapon of choice was, no joke … a bowl of hot mushrooms.

The alleged fungi fling went down May 10 at Seasons 52 Restaurant in Atlanta. According to the police report, Joseline flew into a rage when Stevie tried to back out of the meeting they’d planned — with his lawyer. He accused her of  being “in a hostile mood.”

When Stevie got up to leave he claims Joseline grabbed a bowl off the table with “about 6 to 8 very hot mushrooms ready to be served and threw it at him.” Stevie’s lawyer then called police.

Stevie is once again begging the court to order Joseline into anger management and psychological evaluation.

Kelly Brook shows off cheeky side in bum-grazing hot pants 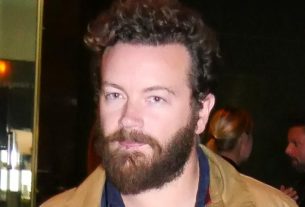