Prepare to see even more of the world outside of Hawkins.

Assuming Stranger Things is renewed for a season four (which somehow isn’t official yet), the show will be expanding to other places in the world, according to creators and EPs the Duffer Brothers in a new EW interview.

“I think the biggest thing that’s going to happen is it’s going to open up a little bit, not necessarily in terms of scale, in terms of special effects, but open up in terms of allowing portals into areas outside of Hawkins,” Matt Duffer said.

If ya think about it, this makes sense, as the Byers family and Eleven moved away from Hawkins in the season three finale, and as we saw in the mid-credits scene, an American prisoner who could very well be the thought-to-be-dead Hopper is in a cell in Russia with a Demogorgon very nearby. Plus, we still have more of Eleven’s psychic experiment brethren to meet, so it’s clear that the show will be forced to take some out of town trips, even all the way to that prison in Russia.

“Assuming there’s a season four, obviously the question of who that American is in that cell and then also what they’re doing with the Demogorgon, is a tease,” Ross Duffer said. “That’s obviously going to play a huge role in a potential season four.”

Ross explained that while they don’t yet know exactly how season four will go down, they know “a lot of the big broad strokes,” and still have to fill in the details. At the end of season two, he says they knew about Billy and the Russians, but they hadn’t yet settled on the mall element.

EP Shawn Levy also confirmed that we can expect all the little storylines that ended season three to be picked back up in season four, which hopefully means we’re in for Steve and Robin working at the video store, as well as Eleven and Mike’s long distance relationship and Joyce’s new start in life. And maybe, just maybe, we’ll get some happiness for poor Will.

Ross Duffer did also say that the team is “pretty excited” about where the show is headed, which is somewhere new.

“It’s going to feel very different than this season,” he said. “But I think that’s the right thing to do and I think it’ll be exciting.”

And now, we wait for Netflix to make the official season four announcement. 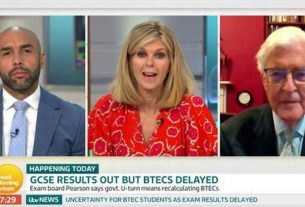