On Saturday night, during the UK’s performance, a stage invasion happened at the Eurovision Song Contest.

SuRie, born Susanna Marie Cork, was performing Storm when a man ran on stage, grabbed her microphone and shouted: “Nazis of the UK media, we demand freedom, war is not peace.”

Sadly, SuRie ended up third from the bottom of the leaderboard, coming in 24th with just 48 points.

Israel’s Netta won the Eurovision Song Contest 2018 with her rendition of Toy, bagging a massive 529 points.

SuRie has returned from Portugal and headed straight to This Morning to chat to Phillip Schofield and Holly Willoughby.

STORM: SuRie carried on her performance after the Eurovision stage invasion

“There wasn’t any time to feel fear”

Speaking of the “night of surprises”, the 29-year-old said: “There wasn’t any time to feel fear.

“He was suddenly there. Security were on him as quick as he was on me. He got the microphone for a few seconds.”

Within moments, SuRie was back in control of the microphone and finished her song triumphantly.

But there was a bit of a lasting effect, as she said: “There’s a couple of bruises and scuffs, but I’m okay.”

THANKFUL: SuRie said she was happy with her performance

EPA
Germany and Croatia both wear bad outfits during Eurovision

She went on: “For the last part of the song, you can see in my eyes, the determination to carry on. You can hear in the lyrics, ‘Don’t give up.'”

SuRie decided not to repeat her performance despite being given the opportunity.

She said: “We had that conversation but I was really proud of that performance. You work up to that moment.

“You don’t get to do the 100m sprint at the Olympics if your shoelace is untied. That was my moment – we didn’t need to go again.”

FIGHTER: SuRie said there was no time to be frightened

Phillip admitted he thought that this year might be the UK’s year after the stage invasion.

But SuRie was adamant that she didn’t “want sympathy votes”.

She went on: “It’s such an amazing thing to be a part of. My leaderboard for the night is my Instagram and Twitter feed and the support I’ve got.” 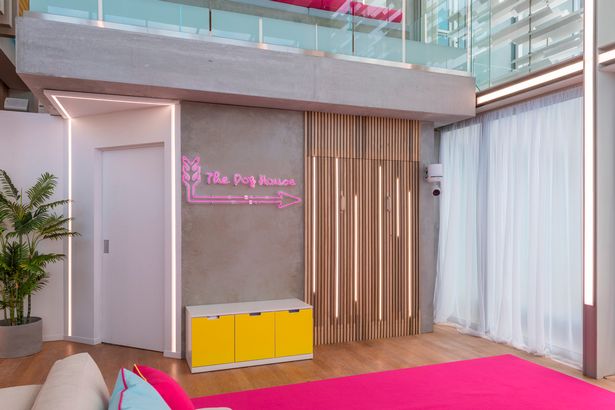