The Survivor reunion special is always an interesting time but tonight, there was one big topic that everyone was clearly waiting for Jeff Probst to address.

In case you’ve forgotten, just before this season’s merge, Jeff Varner decided to cruelly out fellow contestant Zeke Smith as transgender in an incredibly misguided attempt to paint him as deceitful. Zeke managed to turn it into a beautiful learning moment, but Varner immediately knew he had done something unforgivable.

He was immediately sent home without an actual vote, and he even lost his job after the episode aired.

Tonight, both Zeke and Varner were given the opportunity to speak live during the reunion special.

“I was really scared, because I didn’t know what was going to happen to my world,” Smith said. “I didn’t know what the reaction was going to be. Growing up in Oklahoma, I didn’t always have a lot of friends, and even throughout my life, people haven’t always stuck by my side through the hard times, but what this experience has shown me is that I have so much love in my life.”

Smith also explained that when he transitioned, he was hit with a big bout of depression and almost failed out of Harvard until he started watching Survivor.

“There was something missing. There was a courage and a boldness,” he said. “Something inside of me knew I had to go play Survivor. And I found that boldness in Fiji. I found it on the beaches, and in so many ways, Survivor has given me my life back.”

Since the episode aired, Smith has been writing for The Hollywood Reporter and has partnered with GLAAD’s transgender media program. He says that he hopes to help young trans people know that they aren’t limited in what they can do.

“In the meantime, the journey might be harder, but the adventure is so worth taking.”

Then, Probst turned to Varner.

“This has been a very difficult situation for both of us,” he said. “I don’t ever want to talk about my journey without acknowledging the fact that the real victim in this situation is Zeke. It’s about him and always has been for me, he’s been top of mind, but this has been very difficult for me.”

“I got hit hard,” he continued. “We knew we would. You told me I would—”Prepare yourself”—and it was really ugly for a period of time. And then it changed. And I was told that the way that I reacted and the way I handled it–you know I’ve always been taught to stand up and admit your mistakes and own them and turn them into something positive, and I did that, every minute of every day. I heard that from everybody, and as much as he is happy about the love in his life, I’m thrilled with the support in mine, and it will ultimately be a very good thing.”

Varner also acknowledged having been fired from his real estate job.

“I got a new job. I got fired—cowardly, I’d like to say. But Keller Williams, the number one real estate agency in the country hired me and I’m so proud of them. Business has been great. All my clients went with me, it’s been fantastic.”

At the end of the episode, Varner also revealed that he’s working on a book called “Surviving Shame.”

And that was the end of that, without Varner or Zeke ever saying a word to each other.

Survivor will return to CBS in the fall with Heroes vs. Healers vs. Hustlers. 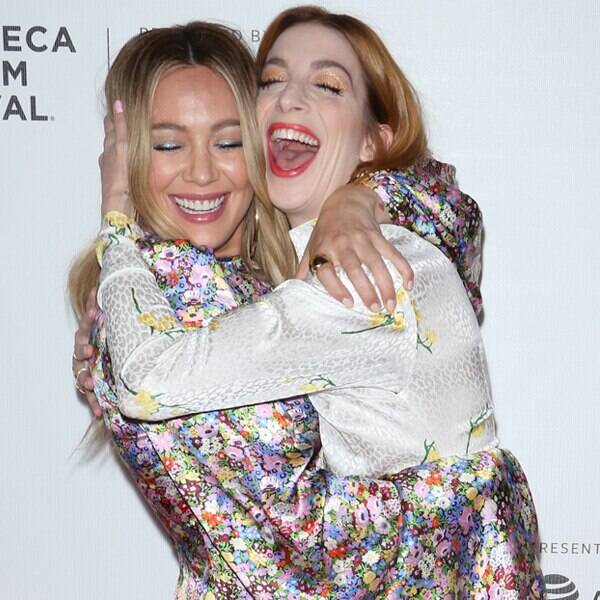 Allie Thompson in 'The Ultimate Christmas Present' 'Memba Her?!