8:19 AM PT — A$ AP’s lawyer is now showing a photo of a large Cava bottle which prosecutors claim was used in the fight against the alleged victim. He’s arguing the size and weight of the bottle is not consistent with the alleged victim’s injuries … suggesting they’d be much more serious if the bottle was used as alleged.

We’ve also highlighted the bottle in Rocky’s hand in video of the altercation. As we’ve told you … A$ AP’s admitted to picking up the bottle but denies using it on the alleged victim.

8:01 AM PT — In Rocky’s lawyer’s closing statement … he says nothing the rapper did was premeditated or done in a coordinated fashion with his crew and the evidence backs it up. He points out the footage of Rocky fighting with the alleged victim is a total of 6 seconds, and claims that is the whole of his involvement. He says the rapper is not responsible for the actions of others, and his actions do not amount to assault.

6:55 AM PT — Prosecutors just asked the judges to impose a 6-month jail sentence for Rocky, saying he should be judged harshly because they say he threw a bottle at the alleged victim. They also want to keep him behind bars pending the verdict — which could take a week — because they say he continues to be a flight risk.

6:52 AM PT — Swedish prosecutors said President Trump has apparently tried to intervene again in the case, demanding that Rocky and the others from his crew in custody be released to a hotel.  A spokesperson for prosecutors said they received a letter from the U.S. Embassy making the demand, which the prosecutors have rejected. The spokesperson said no country has ever made such a request in the past.

A$ AP Rocky got a HUGE assist Friday from 2 eyewitnesses to the beating that landed him in jail and Swedish criminal court … because both said they were clear — they did NOT see Rocky strike the alleged victim with a bottle.

The bottle is the centerpiece of the prosecution’s case. They claim Rocky severely injured the alleged victim by hurling a bottle at him … which they say was excessive force and unjustified. Rocky admitted Thursday he picked up a bottle but denied he ever threw it.

Prosecutors say the video shows the bottle hidden in Rocky’s sleeve.  Their point … they say the violence was disproportionate to the danger posed by the alleged victim, who at a point was lying on the ground.

Rocky’s bodyguard testified Friday the alleged victim approached Rocky and his crew twice, and added, in the U.S., when someone harasses you twice you can take action. As we reported, there’s video showing the bodyguard lifting the alleged victim up by the neck and moving him away from the group.

The bodyguard suggested the alleged victim was the one who was holding the bottle and may have been responsible for his own injuries, saying he saw the guy holding something that was a greenish color.

Both eyewitnesses testified they heard a bottle being “crushed” but didn’t know the circumstances or who did it. One also said she didn’t see A$ AP holding a bottle during the scuffle, despite the fact he admitted holding it for a time.

The eyewitnesses did say they saw A$ AP and his crew beating and kicking the alleged victim.

Prosecutors told the judge the injuries proved the force Rocky used was excessive. They suggested just punches and pushes would have been justified, but the videos and the injuries show A$ AP and his crew went far beyond what was justified.

The judges will decide — possibly Friday — whether Rocky should be released while they discuss an appropriate verdict, which could take a week. 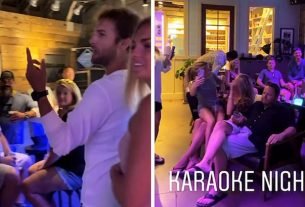 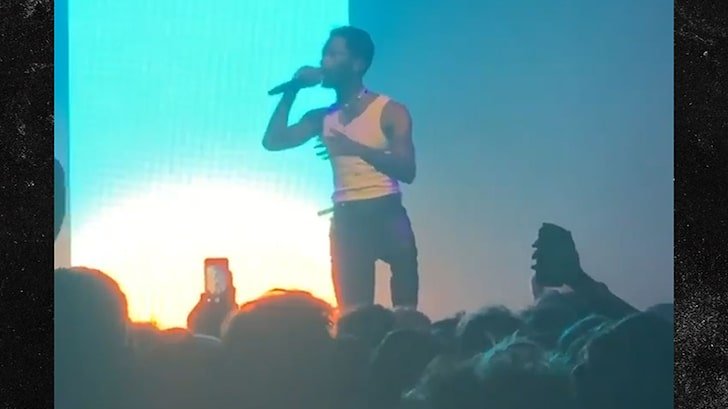