Sylvester Stallone 'Worried' About Conor McGregor … At 'Crossroads' In Life

“This is a crossroad in his life,” Stallone told us in Beverly Hills … referring to both the arrest AND the fact he’s coming off a huge loss to Khabib Nurmagomedov.

“If he can’t overcome his fear and beat this man, I think it’ll plague him for the rest of his life.”

The conversation with Stallone is amazing … he opens up about all of the issues Conor is facing in his life and provides him with a road map on how to come out on top.

In fact, Stallone says McGregor should be “inspired” by the obstacles in his life — and use all of the negativity to fuel an epic comeback … both in and out of the Octagon.

Sly says Conor should tell himself, “Okay, I’ve gone through a very rough time. I’ve been somewhat publicly humiliated. I’m at a crossroad in my life … I have to overcome an incredible opponent who seems invulnerable.”

That’s when Stallone honed in on Conor’s loss to Khabib — “This is a crossroad in his life. This is probably the most important one because if he doesn’t live up to his ideal … if he can’t overcome his fear and beat this man, I think it’ll plague him for the rest of his life.”

“I think [Conor] lost last time because he got resentful, he got prideful, he got arrogant … put his hands down … he walked right up to that gentleman and he just got smashed in the face when he could have been defensive. There was no Plan B. Not even a Plan A minus.”

Stallone says he REALLY wants to see a rematch between the “two UFC Gods” — adding, “I wanna see a guy that leaves everything on the table.”

As for Conor’s pending legal situation in Miami, where he’s accused of smashing and stealing a cell phone from a fan who wanted a picture … Sly has some advice for Conor on handling the burdens of fame.

Ben Stein says FBI's Got Nothing on Brett Kavanaugh 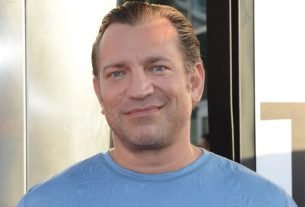