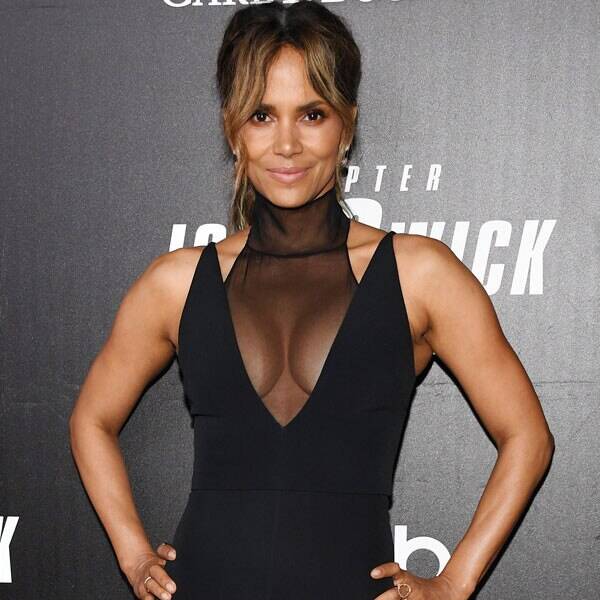 Halle Berry has a special message for her fans ahead of the E! People’s Choice Awards. “Thank you,” the 53-year-old performer told E! News exclusively at the Tyler Perry Studios Grand Opening in Atlanta. “Hope I get to do it again.” That’s right, it’s not Berry’s first time being up for a People’s Choice Award. […]

It’s time to celebrate! The People’s Choice Awards nominations were revealed Wednesday and stars took to social media to show their gratitude and thank their fans. Jennifer Lopez wrote a special message to her supporters on Twitter after receiving nominations for Style Star and Concert Tour of 2019 for It’s My Party. The World of […]

Exclusive Getty/Alamy Composite The man who voiced the prince in “The Little Mermaid” says the guy expected to land the role in the live-action remake is a perfect fit … and the new Ariel’s a home run. Play video content TMZ.com Christopher Daniel Barnes — who voiced Prince Eric in the 1989 classic — tells […]

Halle Berry risked an Instagram ban with her latest eye-popping display. Posing up a storm from the comfort of her own living room, the 52-year-old looked like a retro 1950s pin-up. Sitting on the floor with her hands behind her head, holding on to her rather stylish hat Halle could have been a model for one […]

R. Kelly Allegedly Threw Ex-GF into a Wall … In Jealous Backstage Rage 1/28/2019 1:00 AM PST EXCLUSIVE R. Kelly chewed out his ex-girlfriend, Halle Calhoun, in a fit of jealousy, which allegedly sparked a physical attack after one of his concerts … but R. Kelly’s camp calls the accusation BS. The sources connected to […]

Cris Cyborg Halle Berry Will Be My VIP Guest … At Amanda Nunes Fight 12/13/2018 7:46 AM PST Exclusive Details Cris Cyborg says she and Halle Berry have become so close, the Hollywood star will be her guest of honor at her big fight with Amanda Nunes in two weeks at UFC 232.  Halle’s directing and […]

It has been announced this week that Halle Berry will star in the third instalment of the John Wick film franchise alongside ultimate action man, Keanu Reeves, 53. Halle, will star opposite The Matrix cast member, who plays a former assassin who tries to lead a quiet life but can’t seem to escape his past. […]