By Melissa Romualdi. Published: 9 hours ago The Indian action film of the year, “RRR”, seems to be getting a sequel. S.S. Rajamouli, director of the popular film, confirmed to Variety that a sequel story is currently underway by his father, screenwriter V. Vijayendra Prasad. “My father is the story writer for all my films,” the “Baahubali” […]

By Melissa Romualdi. 1 min ago A Snoop Dogg fan proposed to his girlfriend during a meet-and-greet with the rapper, shocking both his lady and Snoop. The “Drop It Like It’s Hot” rapper appeared confused by the man when he suddenly got down on one knee until noticing the engagement ring. The proposal video was […] 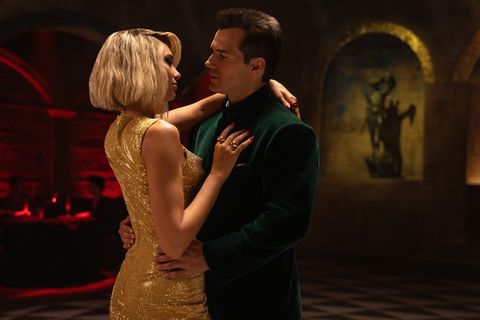 Dua Lipa is a pop star, lifestyle brand founder, and even, on rare occasions, a runway model. Now it seems she’ll soon become a movie star, too. The “Don’t Start Now” singer is set to make her acting debut in Argylle, a new spy thriller from Kingsman director Matthew Vaughn. Not much is known about […]